Canada: Huge Fire At Empty Canopy Greenhouse Over The Weekend

The world’s largest greenhouse (or was) was empty, no staff or plantsaccording to Canopy’s communications department 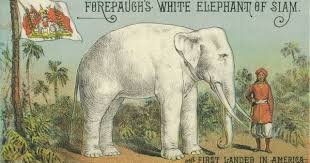 Was that public knowledge?

Did investors know that this huge capital investment wasn’t actually producing anything ?

Then a mysterious fire?

Only a statement via the communications VP… nobody else in management might want to comment on such a momentous event to  media ? 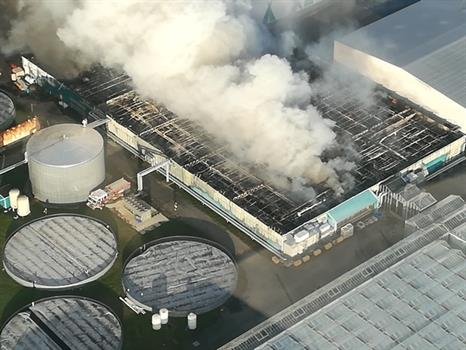 Part of cannabis producer Canopy Growth’s idled greenhouse complex in Delta, British Columbia, went up in flames over the weekend.

Dozens of firefighters were part of seven crews dispatched to the facility Sunday morning, according to a news release from the city.

By Sunday afternoon, firefighters had contained the blaze to the shipping and receiving section of the structure.

In a statement to Marijuana Business Daily, Canopy said the site has not been operational in months.

“So thankfully there wasn’t anyone on site, nor were there any plants on site. We’d like to thank the Delta Fire and Emergency Services for their brave work containing the fire,” according to an emailed statement by Jordan Sinclair, vice president of communications for the Smiths Falls, Ontario-based company.

Upon arrival, Delta Fire Command escalated the fire to a Second Alarm. In total, seven fire crews totaling 30 firefighters battled the blaze. Delta’s firefighters contained the fire to the involved shipping/receiving section of the structure. Due to Delta’s fire crews’ outstanding work, the fire did not affect any other exposed building close to the location. The fire is now in the late stages of extinguishment, and crews are being released from the scene; however, fire crews will remain on scene until the fire is extinguished.

The Battalion Chief on scene confirmed with the structure manager that there were no chemicals or fertilizers in the affected building. There is currently no indication of toxic or hazardous smoke that may harm residences in the surrounding area coming out of the fire. No firefighters were injured during the call. The cause of fire is currently under investigation. 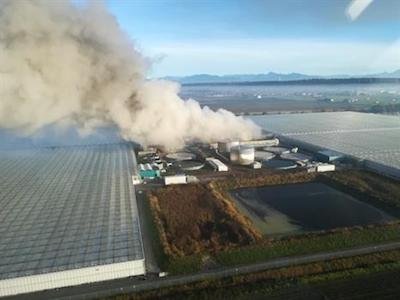