‘The province wants obviously direct control of anything and everything,’ Dennis Meeches says

The chief of a First Nation being sued by the province over the operation of a cannabis store on its treaty lands says the legal action has nothing to do with health and safety and everything to do with Indigenous sovereignty.

“It’s a big smokescreen,” Long Plain First Nation Chief Dennis Meeches said Saturday, in response to a lawsuit filed Friday in which the province is seeking a court injunction to shut down the Indigenous Bloom store at 79 Keeshkeemaquah Dr. in Portage la Prairie.

“It’s a very, very important issue for us. It’s a matter of defending our sovereignty and our relationship with the Crown. In light of all that though, the province is taking a hard-line approach,” Meeches said. “We’ve always maintained we are a sovereign nation within a sovereign state.”

The province wants the store shuttered for operating without a licence from Manitoba’s cannabis regulator and selling product not supplied through Manitoba Liquor and Lotteries, according to its statement of claim.

“The attorney general takes this step in the public interest … To protect public health and safety, to protect the integrity of the established legal framework for cannabis sales in Manitoba and to protect the interests of all Manitoba cannabis retailers … that participate in the legal system,” the province said in a news release issued Friday afternoon.

It is very rare for the government to issue media statements about the litigation it chooses to pursue and also make available to the press copies of related statements of claim.

Meeches argues the cannabis the store sells is approved by Health Canada, so claiming safety issues doesn’t wash. The province contends the product isn’t authorized under Canada’s Cannabis Act, “and is therefore illicit.” 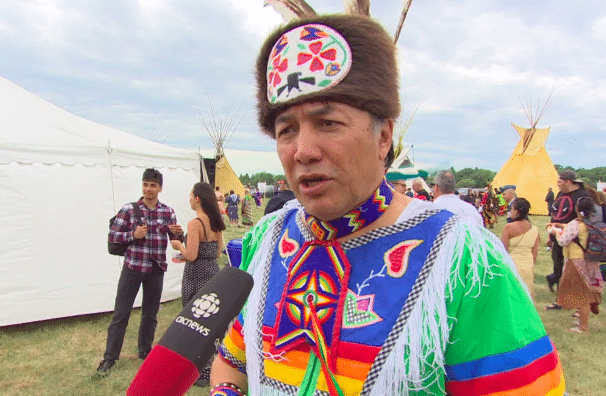