Canada: More Than A 1/5th Of Government Money Paid To Veterans For Prescriptions In 2015 -2016 Goes Towards Medical Cannabis 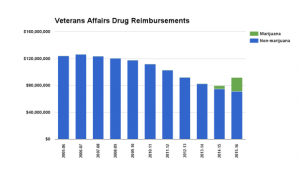 The data, obtained by CBC News through an Access to Information request, shows the effect medical marijuana payments are having on the drug reimbursement budget of Veterans Affairs Canada.

The dollar value of marijuana payments to veterans have increased more than 50-fold in the past two years.

The number of veterans being reimbursed for drugs has dropped every year for the past decade, but last year the total drug budget at Veterans Affairs increased for the first time in nine years.

The average amount paid to veterans claiming for drugs had remained relatively steady until the sharp rise in marijuana payments. (Redmond Shannon/CBC)

Earlier this month, Canada’s Auditor General Michael Ferguson urged the Department of Veterans Affairs to get a handle on its drugs benefit program, including the amount of medical pot being prescribed to veterans, which it found is “poorly documented” and not always based on evidence.

“I believe that government departments and organizations urgently need to turn their attention to this issue. They need to focus on collecting the right data to support their activities,” Ferguson said on May 3.

The records from Veterans Affairs show between 2005-06 and 2014-15, the average annual drug reimbursement for a veteran claiming for drugs stayed relatively steady, ranging from $1,488 to $1,608 per veteran.

However, in 2015-16  — when marijuana payments became more significant — that average reimbursement figure jumped to $1,902.

In 2014, the department limited to 10 grams per day the amount of medical marijuana it would cover for eligible veterans, but the auditor general’s office could not find any evidence to support this decision.

In April, Health Canada published updated guidelines on cannabis dosage. The document quotes various studies, which suggest smoking or ingesting no more than 3.2 grams per day.

Veterans Affairs Minster Kent Hehr launched a review in March of the process by which veterans are reimbursed for medical cannabis. 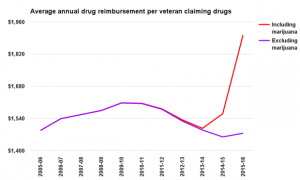 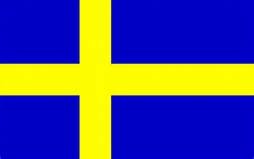 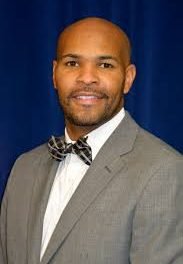 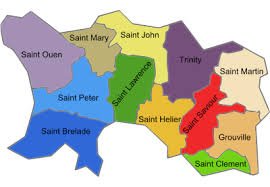