Canada: Recent labour arbitration decision out of Atlantic Canada may help to clarify law around accommodating employees who use medical marijuana.

A recent labour arbitration decision out of Atlantic Canada may, however, help to clarify the law around accommodating employees who use medical marijuana.

Harold Tizzard applied for a labourer position with Valard Construction LP. The company was seeking personnel for its contracting work on the Lower Churchill project, the development of a hydroelectric generating facility in Labrador.

When he applied for the job, Tizzard had a medical prescription permitting him to consume up to 1.5 grams of cannabis with THC levels of up to 22% each day. He suffered from pain associated with Crohn’s disease and osteoarthritis.

Valard hired Tizzard on the condition that he successfully complete a pre-employment drug and alcohol test. Shortly after learning that Tizzard had a prescription for medical marijuana (and failed the test), Valard retained an independent medical expert and sought medical information from Tizzard.

After considering the medical information and following months of discussion with Tizzard’s union, Valard declined to employ him because of workplace safety concerns.

The issue before arbitrator Roil was whether Valard had failed to accommodate Tizzard’s disability by not providing him with a job.

The arbitrator first considered whether the labourer positions at Valard in which Tizzard was interested were safety-sensitive. He had no difficulty determining that the positions were inherently hazardous because it was clear on the evidence that the job sites had harsh weather conditions and difficult terrain.

Arbitrator Roil was satisfied that Valard did not have non-safety-sensitive positions in its operations. He was also satisfied that Tizzard had explored other medication options to alleviate his pain, but none of those options had been successful. The arbitrator was thus left with the question of whether Tizzard could work safely as a labourer while consuming medical marijuana.

Relying exclusively on expert testimony and medical literature, the arbitrator concluded that the impairing effects of cannabis can last up to 24 hours after use, and there was no readily available testing resource in the province at that time to allow an employer to adequately and accurately measure impairment from cannabis following daily or regular use.

Highlighting the unknowns around impairment while on the job and the applicable occupational health and safety legislation, the arbitrator concluded that Valard should not be required to assume the safety risk. He ruled that the inability to measure Tizzard’s impairment posed an unmeasurable safety hazard and accordingly amounted to undue hardship for the employer.

•Evidence remains key. To win at arbitration, employers must be able to speak to the safety-sensitive nature of a particular position and perhaps the business and industry as a whole. Expert medical evidence on the impairing effects of cannabis may be required.

•Residual effects of cannabis use can last up to a full day. While the scientific research is ongoing, there is evidence that the impairing effects of cannabis can last up to 24 hours after use. Indeed, in a position statement released recently, the Occupational and Environmental Medical Association of Canada stated it is “not advisable to operate motor vehicles or equipment or engage in other safety-sensitive tasks for 24 hours following cannabis consumption or for longer if impairment persists.”

•Employee self-reporting on cannabis use and its effects is unreliable. The arbitrator in this case gave short shrift to Tizzard’s self-reporting on the impact of cannabis consumption on his level of functioning. It can be inferred that adjudicators will be likely to reject medical evidence based on similar self-reporting.

•Inability to accurately measure impairment may amount to undue hardship. The arbitrator’s approach to the undue hardship analysis is compelling because it errs (quite rightly) on the side of caution and tips the balance in favour of workplace safety. • 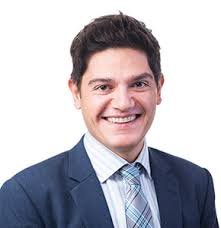