A major national cannabis retailer is asking Vancouver city hall to overturn its refusal to allow it to operate a dispensary in Coal Harbour, but the application appears to be backed by dubious documents.

City hall had rejected an application by Choom — a publicly traded company that describes itself as “one of the largest national retail networks in Canada” — to open a dispensary on the 500-block of Bute Street because the proposed location was too close to a community centre and an existing dispensary.

On Tuesday, Choom will take its appeal to the city’s board of variance, making the case for why the rejection should be overturned to allow the company to open the Coal Harbour location, joining the 18 locations it operates in three provinces.

Choom’s appeal is backed by a 27-page package that includes detailed legal arguments, a land surveyor’s report and letters from businesses in the area showing their support for the dispensary’s opening.

But there’s a problem: When Postmedia News contacted the businesses whose names and logos appear on letters supporting Choom’s appeal, some said they were stunned and angry to learn about it.

Choom’s application includes a letter bearing the logo and address of the Freshii location at the corner of West Georgia and Bute, which says: “Freshii welcomes more plant based and plant friendly businesses, that seek to improve the quality of life of the neighbourhood inhabitants.”

The letter bears a signature, along with the printed name “Frederico.”

When the Sun called the Bute location of the healthy-lunch chain, Freshii district manager Pierrick Tanguy said there has never been a staff member named Frederico at his store or the Bonus Bakery that shares a space there. 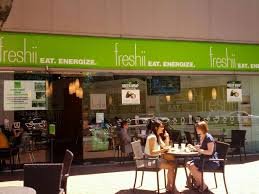 What’s stranger and perhaps more confusing is that the letter, beside the name of “Frederico,” appears to bear Tanguy’s signature, he said.

Tanguy said he doesn’t know how someone got his signature, but he didn’t write the letter nor another one supposedly from Bonus Bakery bearing the same signature.

“I’ve never heard of something like that before and it’s worrisome,” Tanguy said.

What stood out in the package were the seven “letters of support” purporting to be from nearby businesses. The letters appeared similar, with no contact information and, in most cases, no one identified by name. Similar peculiar wording was repeated in several.

Read on to learn about further businesses unwittingly brought into Choom’s application.. 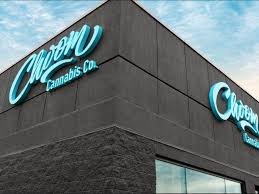