More cannabis companies are testing the patience of the big banks, according to a credit expert who sees a growing number of producers failing to meet covenants on their debt.

On Thursday, HEXO (HEXO.TO)(HEXO) became the latest major Canadian pot company to run afoul of terms imposed by lenders. The company reported quarterly net revenue of $27.1 million, falling just shy of the $28.4 million required to draw on a $15 million term loan from a syndicated credit facility led by CIBC and Bank of Montreal. According to financial filings, those funds are no longer available to the company.

Craig Wiggins, managing director of The Cannalysts, an independent cannabis research firm, sees an accelerating trend in a sector already beset by scarce capital. Separate from his cannabis research, Wiggins worked for more than 30 years in credit-related roles, including at HSBC, where he audited large commercial portfolios.

“Credit fatigue has probably set in across the banks,” he said in an interview.

“When I was at a bank, it would be called ‘special credit’ or ‘special loans,’ where these files would be essentially taken away from the commercial centre because there are so many covenant changes and violations. I have to imagine almost the entire cannabis portfolios of some of these banks are residing there.”

CIBC and Bank of Montreal did not immediately respond to a request for comment about loans to cannabis companies.

He points to Moncton-based Organigram’s recently amended credit facilities with Bank of Montreal as evidence of lenders reacting to risk in the sector with stricter terms for borrowers.

Organigram said in May that funds raised by the company after Dec. 31, 2020 are required to be used to repay the $115 million term loan and $25 million revolving line of credit, subject to certain exceptions.

“The money Organigram would be raising from new investors isn’t going to increase the size of the business. It’s going to repay existing debt,” Wiggins said.

“What we’re seeing is a transfer of wealth from companies and shareholders to lenders,” he added. “Banks hate losing money. They’ll do anything not to lose money.” 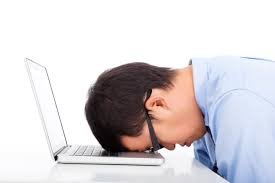