However, Foster wants to clarify that there are differences between the two.

Many of us may think of mind-altering drugs like LSD and magic mushrooms used for recreational purposes. But Foster says the emergence of psychedelics has more to do with drug development for medical conditions such as pain, PTSD and depression, not helping people see Lucy in the Sky with Diamonds.

“From my perspective, psychedelics are very much a type of biotechnology play,” he says.

But from an investment perspective, Foster says psychedelics do share a lot in common with cannabis, especially in the fast upwards trajectory of psychedelic stocks, as was the case with pot stocks.

“We’ve seen an absolute explosion of capital markets work focussed on the psychedelic sector,” he says. Research indicates the psychedelic industry will grow to US$6.85 billion by 2027. That growth is more than 16 per cent compounded annually from its current size. The potential is significant considering the globally rising numbers of depression and mental disorder cases.

Still, the investment cycle is different than with cannabis, Foster says. Because the players are very focused on psychedelics use as a drug, with all the R&D and regulation that involves, these companies would “likely not see meaningful revenues for quite some time.”

Compare that to cannabis, which started as being approved for medical purposes, then moved on to recreational purposes through the federal government changing the law to allow it. While cannabis shares rose quickly in the run-up to recreational legalization, cannabis stocks have since dropped in value as the industry consolidated. The weaker players got taken out or went bankrupt.

Foster acknowledges that Canada is generally punching above its weight regarding psychedelics, especially with companies that recently have gone public. The reverse takeover model for going public is especially handy. The reverse takeover process finds a shell company that already sits on a public exchange, takes it over and integrates the new company into that publicly traded shell.

“Canadian capital markets have always had a focus on emerging markets and emerging opportunities, and we’ve been doing it for a while,” Foster says. He points out Canada has had a vibrant junior mining market for years, with a similar risk profile, which played well into the cannabis boom.

“I would say Canadian capital markets over the last three to five years have been really focused on emerging markets, whether it is blockchain, crypto, eSports, cannabis, and now psychedelics.”

Foster points out that interest in psychedelics has sparked interest from institutional investors who understand the risk profile and retail investors who saw cannabis stocks bring enormous wealth for shareholders after being legalized in Canada. “For them, especially if they missed the cannabis rally, it might be a matter of having a chance to get into psychedelics at an earlier stage.”

Encouraging research and a more favourable regulatory environment have sent psychedelic stocks through the roof over the last year. For example, take Numinus Wellness, a Canadian-based healthcare company working on psychedelic therapies. Its stock soared from a 52-week low of 18 cents to a 52-week high of $2.45 before settling now into its current $1.20 range. 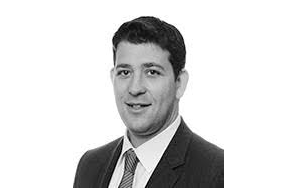