Canadians Hexo Says They Want To Be Carbon Neutral By September

The goal for Hexo Corp. is ambitious: offset the company’s operational carbon emissions and the personal emissions of some 1,200 employees to become 100% carbon neutral by September.

Sebastien St-Louis, co-founder and CEO of Hexo, a publicly traded company in Ottawa, Ontario, said now that his company is on a path toward profitability, it is committing to leadership in environmental, social and corporate governance. The hemp and marijuana company announced its carbon-neutrality plan earlier this month. 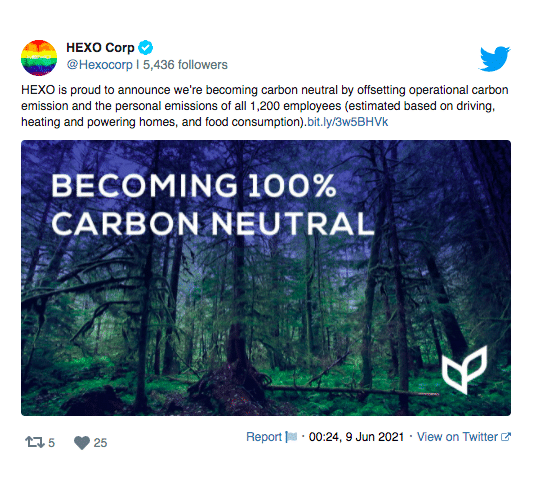 Hexo’s actions are “just the start” of its challenge to do better, said St-Louis, who declined to reveal the amount Hexo is spending on the carbon-neutrality effort, though he estimated that offsetting employee carbon would cost the company just under $1 million Canadian dollars per year.

“The fact is, to produce anything today, there’s carbon cost to that, right?” St-Louis said.

“People won’t choose to dramatically alter their lifestyles overnight. So the best we can do now is to put in place a program that allows them to continue their lifestyle while protecting the planet – and that’s what we’re doing to go carbon neutral.” 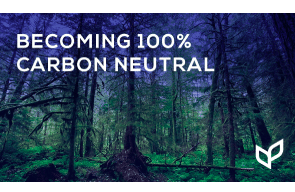