Yooma Wellness Inc. (“Yooma“) (CSE: YOOM), a Toronto-based vertically integrated global wellness platform that develops and markets a portfolio of wellness brands, today announced that it will be discontinuing its operations in China, effective immediately.

The decision comes after China’s National Medical Products Administration (NMPA) added CBD to its “List of Prohibited Use Cosmetic Ingredients” on May 28th, 2021.  Beijing proposed the new legislation in March, with the China National Institute for Food and Drug Control inviting comments and suggestions from industry participants on its plans to list cannabis sativa and CBD as prohibited components of cosmetics.  As a result of this announcement, a number of online marketplaces, including those which Yooma has historically relied on to distribute its CBD wellness products, have restricted promotion and marketing efforts for CBD products, such as keyword and traffic generating tools, platform events and live streams.

“The government’s decision to ban the use of CBD and other cannabinoids in cosmetics eliminates the progress made by Yooma in selling CBD skincare and beauty products to Chinese consumers,” said Lorne Abony, Chairman of Yooma. “However, we do not anticipate this change will lead to any revenue shortfall for Yooma this year, as the company is experiencing significant growth in other markets which has exceeded our expectations, and we expect any longer-term impact on Yooma’s business to be minimal as we focus more of our attention on these other promising markets.” 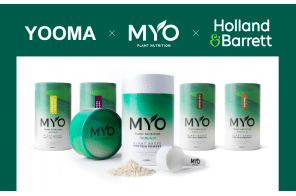