Lemon Grove’s Measure J is a Trojan Horse that could lead to unfair practices in the cannabis industry.

Measure J is a proposal which is largely understood as existing to establish a Cannabis Business Tax in the city. While the measure talks at length about hypothetical taxations of gross sales of medical cannabis and industrial hemp, it could also serve to circumvent democracy.

A critical underpinning of Measure J is that the measure will move decisions on cannabis legislation from the hands of citizens to the laps of politicians. If passed, Measure J will allow the city council to have full control of Lemon Grove’s cannabis industry policies. For example, city council would be able to adjust cannabis taxes without a public vote, decide arbitrarily on cannabis policy and could unilaterally decide if recreational cannabis could ever be lucky.

At a glance, Measure J appears to be beneficial to the general community. The city attorney’s impartial analysis leads with citing the measure will hypothetically fund fire, safety, roads and recreation. The proposed cannabis taxation will be added to the general fund, which seems reasonable. However, the essence of allowing city council to have full reign of cannabis policy means that citizens would no longer have a say in how their city handles cannabis.

Read his full opinion at. https://candidchronicle.com/lemon-groves-cannabis-measure-j-a-trojan-horse/ 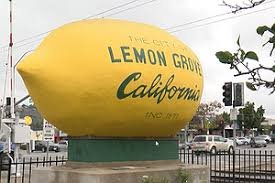