Canine Cannabis? Probably Not Just Yet

The bill faces opposition from the Rhode Island Veterinary Medical Association. According to published reports, RIVMA pointed out in a letter to the RI House Committee on State Government & Elections that “Cannabis-derived products that have been suggested as therapeutic agents for use in animals to-date are not FDA approved.” The RIMVA letter also pointed out that the psychoactive-active component in marijuana, THC, “is highly toxic to dogs.”

It is important to understand the effects that the underlying chemical compounds in cannabis products have in animals. Under federal law, marijuana is the cannabis sativa plant that contains more than 0.3% tetrahydrocannabinol (THC). When the same plant is bred to contain less than 0.3% THC, it is defined as hemp, which can be sold and used legally, subject to federal and state regulations. Marijuana contains both THC and cannabidiol (CBD) and other compounds. Hemp contains little THC, but often contains higher levels of CBD. The difference is important, because THC is highly toxic to animals, while CBD is considered non-toxic to humans and animals. So any prescriptions of medical marijuana for pets would have to be highly supervised by veterinarians to avoid toxic poisoning.

The bill also faces a number of potential legal hurdles. The largest obstacle is the fact that the use and sale of marijuana is still illegal under federal law, due to cannabis remaining a “controlled substance” under the Controlled Substance Act of 1970 (CSA). Despite the CSA prohibition, the use of marijuana for medical purposes is now legal in 36 states and 4 territories, and the use of marijuana for recreational purposes is legal in 17 states and 2 territories. This conflict of federal and state law creates a great deal of uncertainty in the cannabis and medical industries as to what is and is not permitted.

The House Committee recently recommended that the bill be held for further study. This greatly reduces the chances of passage this year. 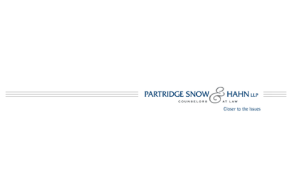