Cann Group Says It Has Raised Another $A8 Million From Shareholders

Cann Group has secured A$8.18 million from shareholders in its latest capital raise as the company prepares to scale up production at its Mildura facility.

The funding was received from 1,254 investors.

It is at the lower end of Cann’s target to raise between $8m and $10m, with the funds helping to expand GMP manufacturing at Mildura ahead of anticipated demand for its Satipharm product range, including over-the-counter CBD.

Chief executive Peter Crock added: “These funds will allow us to execute on important commercial projects and accelerate our path towards a positive cashflow position.

“We are encouraged by the strong support of our shareholders and are looking forward to an exciting year ahead.”

Only a month or so there was this report / press release

The man who led medicinal cannabis company Cann Group (ASX: CAN) through its 2017 initial public offering (IPO) is set to step down after six years in the role, leaving behind a legacy of three production sites including a flagship $115 million Mildura facility which notched its first commercial crop harvest in 2022.

Peter Crock has given his resignation notice on the grounds that it is time for fresh leadership to guide the company through its next phase of growth.

“Much has been achieved over recent years, with the establishment of our state-of-the-art manufacturing operations, key regulatory approvals, the development of our Satipharm delivery technology and a world-class plant breeding and genetics program. The focus now is on ramping up our commercial operations as we look to capitalise on these assets,” he says.

“I will remain fully focused on implementing our growth plans until my successor is appointed and will then be available for the period that is appropriate to ensure a smooth transition.” 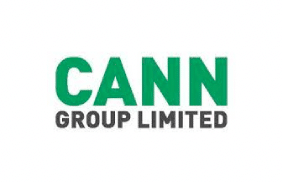