Depending on how it’s grown, smoking a one-gram joint can have the same carbon footprint as driving 22 miles in a Prius — about 10 pounds of carbon dioxide.

If you live in Colorado, the emissions produced growing the weed an average Coloradan cannabis user consumes in a year is equivalent to 60% of the total household carbon imprint, according to a recent report.

Indoor cultivation’s carbon footprint is so energy intensive that it is indefensible from an energy and environment perspective, argued the authors of the report.

Many cultivators prefer indoor cultivation because it makes possible five or more grow cycles per year, compared to only one or two outdoors. It also gives you better control over lighting, temperature, and humidity.

Adding to the market and botanical pressures, in many states regulators only allow indoor cultivation. And because interstate commerce is a non-starter with cannabis for the time being, cultivators in colder climates like Michigan or Montana cannot import cannabis from sunnier locales like California and must grow their own indoors.

But there’s a price.

Four times the energy as the pharmaceutical industry !!!!

“Some of the nation’s hardest-earned progress towards climate change solutions is at risk as regulators continue to ignore this industry’s mushrooming carbon footprint,” researchers Evan Mills and Scott Zeramby wrote in the upcoming book, “The Routledge Handbook of Interdisciplinary Cannabis Research.”

An estimate from 2012, when cannabis production was much lower than it is today, found that indoor cannabis cultivation consumes 20 billion kilowatt-hours of electricity and produces 15 million metric tons of CO2 that is released into the atmosphere each year. 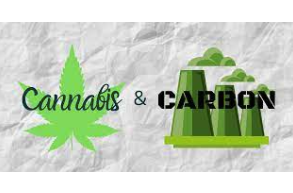