With barely half of 2021 gone by, the wave of cannabis legalization continues with Alabama poised to become the 37th state with a lawful medical marijuana program. In particular, on May 6, 2021, the State Legislature voted to legalize medical marijuana, with the Governor still in the process of “reviewing,” though anticipated to sign in light of the bipartisan and strong margins through which the underlying Bill passed (68-34 and 20-9 respectively). But what will the market look like, and when will it roll out? The bill breaks down (6) types of licenses, including:

The Bill also contains a de facto residency requirement, though it is unclear whether these current provisions will be challenged, or can withstand challenge, in the courts. For instance, the Bill discusses in its policy rationale section requiring “licensees to prove a history of residency within the state for a period of time [that] is directly related to avoiding an influx of companies engaged in the recreational production of marijuana; the state has a substantial interest in protecting its residents from the dangers of recreational marijuana.” In turn, the Commission will solicit “[r]ecords indicating that a majority of ownership is attributable to an individual or individuals with proof of residence in this state for a continuous period of no less than 15 years preceding the application date.” (Emphasis added.) We note that similar residency requirements have been more recently challenged in localities such as Detroit, Missouri, Oklahoma, and Georgia.

In terms of timing, and though there are a number of vagaries related to the regulatory process, licensing and applications could potentially begin at any point between January 1, 2022-September 1, 2022. Moreover, the Bill requires that the initial members of the Commission be appointed by no later than July 1, 2021, i.e., less than one month from today. In short, Alabama is merely a pen stroke away from a flurry of activity, and starting down the path towards the creation and development of its medical marijuana marketplace. 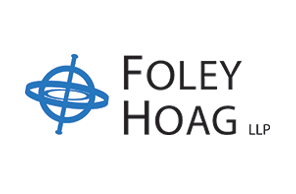