Cannabis And Trademarks: Sale of Cannabis-Infused Products Cannot Form Basis for Trademark Prior Use Defense 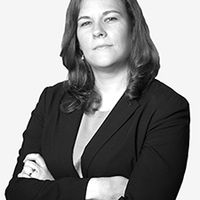 In September 2018, Kiva Health Brands LLC (“KHB”), which supplies natural foods under the trademark KIVA, sued Kiva Brands Inc. (“KBI”) for trademark infringement and unfair competition arising out of KBI’s use of the mark KIVA on cannabis-infused chocolates.  KBI claimed to have started using its KIVA mark on cannabis before KHB’s KIVA branded goods entered the market.  Asserting that it was the prior user and, thus, entitled to an injunction against KHB, KBI filed counterclaims seeking to cancel KHB’s federal trademark registration and alleging trademark infringement.  It also asserted prior use as an affirmative defense.

In September 2019, the Northern District of California granted KHB’s motion to dismiss KBI’s counterclaims, finding that because the transportation of cannabis across state lines is illegal under federal law, KBI could not establish lawful commercial use of its KIVA mark and, so, could not cancel KHB’s registration or assert claims for federal trademark infringement.

Last week, the District Court doubled down and granted KHB’s motion for summary judgement on KBI’s prior use affirmative defense.  KHB argued that KBI did not have a cognizable claim that it was the senior user of the KIVA mark because (a) its products are illegal under federal law and (b) KBI was not formed until 2014 and so could not demonstrate consistent use of its marks before 2013, when KHB began use.  Summarily finding that there were genuine issues of material fact concerning KBI’s continuous use that precluded summary judgment, the Court focused on whether KBI’s use was lawful under federal law.

Quoting extensively from its own decision on the motion to dismiss, the Court affirmed that “while KBI’s product is legal under California law, its illegality under federal law means that KBI cannot have trademark priority.”  Further, KBI’s trademark rights under California common law could not trump KHB’s federal rights.  Although the Lanham Act does not have a broad preemptive impact on state rights, it can trump state rights where the “state law would permit confusing or deceptive trademarks to operate, infringing on the guarantee of exclusive use to federal trademark holders.”  Because allowing KBI to rely on its prior state rights would permit KHB’s federal rights to be infringed, the Court found that the Lanham Act preempts KBI’s state rights and granted KHB’s summary judgment motion.

The Court’s ruling is in tension with the principal that a federal registration does not wipe-out prior, common law rights.  It further highlights the challenges cannabis brands face as they try to build rights in their marks, many of whom anticipate that cannabis will eventually be legal under federal law and they will be entitled to federal rights.

Article: The Future of Cannabis In Ecuador Begins Next Month