Cannabis Around The World Series – Guernsey

On July 15, 2020, Guernsey’s government put forward an amendment to the Committee for Home Affairs for the legalization of adult-use cannabis1 – a significant step for the island nation. The amendment directed the Committee to consult with stakeholders and return with a plan for introducing a statutory regime that enables “the lawful and regulated production, distribution, sale, and possession of quality-controlled cannabis for recreational purposes.” Of note, Canada’s regime for legalizing cannabis was referenced as an example for Guernsey’s future regime. According to the amendment, the Committee is expected to produce a Policy Letter and suitable propositions by July 2021.

The amendment is just the latest in a series of policy decisions that paved the path towards a thriving cannabis industry in Guernsey. In February 2019, the Guernsey government issued its first licenses for growing medicinal cannabis. Cultivation of cannabis for any purpose has been illegal in Guernsey since the colonial authority of the UK introduced prohibition in 1921. In June 2020, the Policy & Resources Committee stated that Guernsey’s anti-money laundering legislation will not apply to the proceeds of the lawful cultivation and production of cannabis for recreational purposes in any country where such cultivation and production is lawful, including Canada.

Guernsey’s policy decisions to legalize cannabis are mainly driven by the philosophy of harm reduction and an opportunity to significantly boost to the local economy. The above-mentioned amendment was submitted with another amendment for a stakeholder review of policing and law enforcement resources. It raises the question of whether resources spent on policing possession and personal use of cannabis in small amounts can be better used for initiatives like reducing alcohol abuse, preventing domestic violence, education, and early intervention of substance abuse generally. As for the economic boost, a science official from Jersey (a neighbouring island of Guernsey) said in 2019 that growing and processing cannabis crops can be highly lucrative, with the annual net profit estimated at £300 million.2

Although it’s still early days, this substantial push towards a legalization regime, modeled after Canada, represents a significant and exciting opportunity for Guernsey. We will be following Guernsey’s Committee for Home Affairs for its findings and recommendations next summer. Looking ahead to a promising future, we hope that the cannabis entrepreneurs of Guernsey will begin to build budding business relationships with Canadian cannabis ventures. 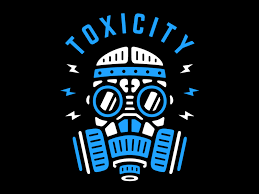 Article: Track and Trace for Medical and Adult Use Marijuana Programs