Cannabis CEO’s Some Of Top Paid Executives In Canada Says New Report – Although None Of The Companies They “Run” Actually Made A Profit in 2019 !

The Centre for Policy Alternatives’ report, “The Golden Cushion: CEO compensation in Canada,” by senior economist David Macdonald has looked at Canada’s 100 highest-compensated CEOs across all industries for 2019.

Aphria’s  CEO Irwin Simon’s  compensation of 18.4 million Canadian dollars ($14.2 million) in 2019 made him the highest-paid cannabis executive in Canada that year, according to the listing

Simon is listed as  the seventh-highest-paid executive.

Share-based awards (CA$12 million) accounted for most of the compensation, followed by nonequity incentives (CA$3.9 million) and salary (CA$2.6 million). It is the second year in a row Simon has appeared on the top-100 list. His 2018 compensation was estimated at  CA$9.5 million.

None of the businesses reported a profit for fiscal 2019. 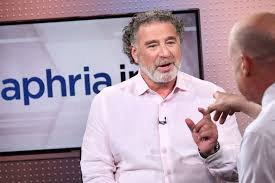