House Passes Marijuana Banking Bill With Bipartisan Support – On April 19, the House passed H.R. 1996, the Secure and Fair Enforcement (SAFE) Banking Act, in a 321-101 bipartisan vote.  The SAFE Banking Act would prohibit regulators from penalizing banks and other depository institutions under federal money laundering laws for providing banking services to state-authorized cannabis businesses.  The SAFE Act previously passed the House with bipartisan support in 2019, but it was not considered by the Republican-controlled Senate.

Key US Senator Downplays Hopes for Quick Action on Marijuana Banking Bill – Sen. Sherrod Brown (D), head of the Senate Banking Committee, told reporters last week that he does not yet support the SAFE Banking Act, casting doubt on whether the bill will pass in the Senate.

Senate Democrats Split Over Legalizing Weed – Several Senate Democrats have either expressed opposition to comprehensive cannabis legislation to decriminalize cannabis at the federal level, or have stated they are undecided.  While Majority Leader Schumer could find unexpected support from the Republican party, he would likely need to make some concessions to do so, which could alienate more progressive Democrats.

Biden Won’t Commit to Sign Marijuana Bill if Passed by Congress, Press Secretary Says – White House Press Secretary Jen Psaki declined to confirm whether President Biden would sign a bill to federally legalize cannabis if it was sent to President Biden’s desk.  On April 15, Psaki noted that the President favors decriminalization and legalizing medical cannabis, but he wants more research on the “positive and negative effects” of adult-use cannabis legalization.

In an opinion filed on April 22, the US Court of Appeals for the Ninth Circuit upheld a US Tax Court ruling that Patients Mutual Assistance Collective Corporation d/b/a Harborside Health Center, a California-based cannabis retailer, is liable for millions in back taxes after the Ninth Circuit determined that the company cannot claim certain deductions under Section 280E of the Internal Revenue Code.  Section 280E prohibits deductions for entities that buy or sell federally controlled substances (including cannabis as specified in Schedule I of the Controlled Substances Act).  The company argued that Section 280E is unconstitutional under the Sixteenth Amendment and, alternatively, that it is entitled to a more favorable ruling on its exclusions.  The Ninth Circuit rejected both arguments.

FL – In a 5-2 decision, the Florida Supreme Court struck down a constitutional ballot initiative to legalize cannabis for recreational use in the state, ruling the initiative’s ballot summary that voters would read before casting their vote was “affirmatively misleading.”  The amendment was set to appear on voters’ ballots in 2022.

ID – In a 42-28 vote, the Idaho House narrowly failed to achieve the two-thirds majority required to advance a proposed constitutional amendment that would have required a two-thirds majority vote by the Idaho legislature to remove any drug from the Schedule I and II lists of controlled substances.  Such an amendment would effectively prevent supporters from using the citizen initiative process to legalize medical or recreational cannabis.

IL – State Representative La Shawn Ford (D) introduced an amendment to create 120 new cannabis dispensary licenses beyond the 75 set to be awarded this year, aiming to fix the rollout of the program’s social equity component.  Under Rep. Ford’s proposal, introduced on April 20, a first lottery, which has already determined winning applicants, would move forward, and a second lottery would award 110 licenses to existing social equity applicants that were excluded in the first lottery.

MS – The Mississippi Supreme Court on April 14 heard oral arguments to a constitutional challenge to the state’s medical cannabis initiative passed by voters in November 2020.  Challengers argue that the initiative’s placement on the ballot through a signature petition was constitutionally improper.  The state constitution requires petitioners to gather an equal number of signatures from the five congressional districts that Mississippi used during the 1990s.  After the 2000 Census, the state dropped from five congressional districts to four, but the constitution’s language was not revised.  Chief Justice Michael Randolph indicated the court would issue an opinion as quickly as possible.

MT – A Montana Senate committee heavily revised a House bill, setting the stage for an adult-use cannabis program in the state.  Montana voters passed a legalization initiative in November 2020, but the state’s Republican majority repealed the bill and replaced it with their own legislation.  The version that passed the House included several controversial restrictions, including a ban of outdoor grows.  The revised legalization bill passed in the Senate but must be reaffirmed by the House.

NJ – The New Jersey Supreme Court ruled unanimously that a company must pay an injured employee’s medical cannabis bills, upholding an appellate division ruling.  Under state law, private health insurers and government aid programs are not required to cover medical cannabis costs, but the court found that the law does not exempt a private company in workers’ compensation cases.

NY – When New York legalized the full adult use of cannabis in March it became one of the first tax models in the country to impose a wholesale tax based on tetrahydrocannabinol (THC) content.  Other states rely on price or value as the tax base, and several others use weight.  Illinois imposes taxes based on THC content, but New York’s structure is more granular.  Industry advocates are concerned that New York’s tax structure could add unnecessary complexity and create compliance issues.  Sales in New York are expected to begin between September 2022 and March 2023.

OH – The Ohio Board of Pharmacy unanimously voted to increase the number of medical cannabis dispensaries in the state from 57 to 130 to increase access and create more competition to lower prices.

TN – Republican state lawmakers voiced support for a bill to decriminalize medical cannabis in Tennessee, citing personal experiences.  The bill has cleared multiple committees and will be up for a vote on the Tennessee Senate floor next week.

VA – On April 21, Virginia Governor Ralph Northam (D) signed legislation legalizing adult-use recreational cannabis starting in 2024, making Virginia the 17th state to legalize cannabis for adult use.  A cannabis board would establish the number of licensees, including up to 400 retailers, 25 wholesalers, 450 cultivators and 60 manufacturers.

WI – In a budget listening session on April 14, Governor Tony Evers (D) and Lieutenant Governor Mandela Barnes (D) cited medical and recreational cannabis legalization as a pivotal piece in bringing the state out of the COVID-19 pandemic’s economic doldrums.  However, the next day, Wisconsin Senate Majority Leader Devin LeMahieu (R) said the state will not move to legalize cannabis for medicinal or recreational purposes due to the lack of support among Republicans.

How Regulatory Uncertainty Helped Give Rise to a New Street Drug – Delta-8-THC, a novel cannabis compound, is increasingly being sold across the US in various forms.  Delta-8-THC occurs in trace amounts in hemp and cannabis but can be synthesized from hemp-derived CBD isolate.  Industry advocates, state legislators, and chemists have expressed concern that delta-8-THC is being unsafely produced and is not receiving the same regulatory scrutiny as state legal cannabis products.

The Illinois House of Representatives is expected to vote on a bill to regulate cannabidiol and delta-8-THC products this week.  The bill’s sponsor, Representative Bob Morgan (D) tweeted “Many of these products are unsafe, untested, and it’s only a matter of time before someone gets hurt.”

Idaho Gov. Signs Bill Allowing Growing, Transport of Hemp – Idaho Governor Brad Little (R) signed legislation on April 16 legalizing the production and transportation of hemp with up to 0.3 percent THC, becoming the last state to do so.  The legislation does not allow selling hemp products containing any amount of THC to Idaho consumers.

Malawi – A Malawi newspaper announced via tweet on April 9 that the country’s Cannabis Regulatory Authority issued 86 licenses to 35 companies to cultivate cannabis.

Morocco – The government of Morocco in March ratified a draft bill to legalize medical cannabis and Parliament is expected to debate the legislation this week.  According to a 2020 United Nations Office on Drugs and Crime report, Morocco is the world’s largest producer of cannabis resin, but cannabis has been banned in Morocco since 1954.  The draft legislation calls for converting illicit cannabis plantations to “legal and durable activities that generate jobs.”

YouGov Study:  25% of American Adults Now Consume Cannabis – According to a soon-to-be-released study by YouGov, a market research and data analytics firm, and Cresco Labs’ Sunnyside retail brand, one in four adults in the US currently consume cannabis or have tried a form of it during the past 12 months.  This finding implies a sharp increase from the 16 percent rate reported in 2018 by the National Survey on Drug Use and Health.

Pot Firm Can’t Shake Investor’s Fraud Suit, Judge Told – An investor suing a cannabis entrepreneur for purportedly misleading him and failing to return his investment urged US Magistrate Judge Michael E. Hegart not to extinguish his civil Racketeer Influenced and Corrupt Organizations Act (RICO) claim.  In January, Judge Hegart held that he could not enforce a contract involving a federally illegal business and dismissed most of the suit but gave the investor an opportunity to show that relief could be granted without implicating federal cannabis laws.  The investor seeks injunctive and declaratory relief and statutory relief under RICO and is asking Judge Hegart to dissolve or reorganize the defendants’ enterprises or, alternatively, to return to him his investment plus interest.

Anxiolytic and Antidepressant Effects of Cannabidiol:  A Systematic Review – A review of eleven articles with experimental studies on animals concluded that “all studies exhibited anxiolytic and antidepressant activities after CBD use.”  The authors noted there is still a need for more studies to elucidate its mechanisms.

Questions Still Surround Cannabis Use and Public Health – In a published article, Susan R. Bailey, MD, president of the American Medical Association (AMA), commented that even as public attitudes towards cannabis have changed, “significant public health and safety questions remain.”  Dr. Bailey outlined steps states should take to regulate the product effectively and voiced support for the Cannabidiol and Marihuana Research Expansion Act pending in Congress.

Harvard Study Suggests Cannabis is Effective Treatment Option for Managing Chronic Pain – A Harvard University study of 37 patients suggests that cannabis can be an effective treatment option for chronic pain sufferers.  The patients’ conditions included arthritis, joint pain and neuropathy.  Per the study, daily cannabis use led to improvements in all categories, including pain, sleep, mood, anxiety and quality of life.  Another group of patients who did not use cannabis did not demonstrate the same pattern of improvement.  The authors noted that further studies are needed to better understand cannabis’s impact on pain management.

The Associations Between Prenatal Cannabis Use Disorder and Neonatal Outcomes – A study of approximately five million live births in California between 2001 and 2012 found that babies born to mothers diagnosed with cannabis use disorders at delivery were more likely to experience negative health outcomes, including preterm birth and low birth weight.

Oral CBD-Rich Cannabis Induces Clinical but not Endoscopic Response in Patients with Crohn’s Disease, a Randomized Controlled Trial – A study of 56 patients with Crohn’s disease found that CBD-rich oral cannabis treatment resulted in significant clinical and quality of life improvements but did not result in significant changes in inflammatory parameters or endoscopic scores.  The authors concluded that cannabis treatment in Crohn’s disease should be used only in clinical trials until additional studies are performed. 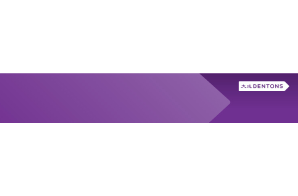