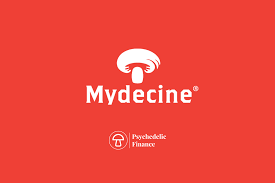 Mydecine Innovations Group — formerly known as NewLeaf — signed an agreement with the University of Alberta’s Faculty of Pharmacy and Pharmaceutical Sciences.

The race to become a market leader in mushrooms is on. The latest move is by Mydecine Innovations Group Inc. (NLBIF) — formerly known as NewLeaf. The company just signed an agreement with the University of Alberta’s Faculty of Pharmacy and Pharmaceutical Sciences. Specifically, the company is working with the commercial drug development institute’s Applied Pharmaceutical Innovation program.

The agreement will give Mydecine the ability to access fungal medical discoveries immediately, while the company’s peers spend years to get through these investigations. Tests will be done on varietal mushrooms and their extracts, including “scheduled substance” mushrooms, which may contain psilocybin, a hallucinogenic compound. The goal is for Mydecine to develop within three years products with clinical applications. Mydecine signed a two-year contract and will be pay API around $800,000 in the first year and again the second year.

“We see this agreement as a core component of our work as a company,” says Mydedine CEO Josh Bartch. “The API team at the faculty of Pharmacy and Pharmaceutical Sciences gives us the ability to rocket our product development ahead by years, providing the know-how, facilities, and licenses to quickly establish Mydecine as a leader in naturally sourced therapies for a wide variety of indications. The research division also provides a phenomenal synergy with our other recent acquisitions, giving us a dedicated team to explore myco-inspired treatments, particularly for areas of high need such as mental health.”

Just a week ago, the company said that it was buying Canadian health care company NeuroPharm in a deal valued at around $3.7 million. This company uses natural medicine to treat military veterans, and emergency and frontline workers. NeuroPharm backs the use of psilocybin as a treatment for post traumatic stress syndrome, depression and anxiety that could develop from this patient population’s line of work. The company said it has developed proprietary technology to treat various mental health conditions that are frequently experienced by veterans such as PTSD, depression, addiction, anxiety, and panic disorders as well as migraine and cluster headaches.

“Back to the fungal future,” Dr. Neal Davies, dean of the faculty of Pharmacy and Pharmaceutical Sciences, says. “Pharmaceutical activity of fungal metabolites have been known for at least 15 centuries and contemporary research has discovered some novel molecule leads for unique mycological medications for nature inspired treatments in the new millennium. This bodes very well for the program developing promising treatments.”

Mydecine has had a busy month. The company just changed its name from NewLeaf Brands Inc. and its ticker on the Canadian Securities Exchange from NLB to MYCO. Many of the company’s subsidiaries are in the cannabidiol — or CBD — hemp space, which has been quickly overrun with thousands of products. While psychedelics are seen as the new emerging market, the payoffs are expected to take longer than in the cannabis industry. That’s why this agreement is seen as a positive move by the company. It’s a way to jump to the head of the line.

The company looks as if it is all in on mushrooms now. It also said it was moving to a new 7,500 square foot mycology R&D lab in Denver, which has decriminalized psilocybin. In addition to that, it is getting a private placement of around $1.47 million lead by Canaccord Genuity.

The race to make new psychedelic drug discoveries is not a lonely one. Mind Medicine Inc. (MMEDF) signed an agreement with the Liechti laboratory in the University Hospital at Basel in Switzerland for rights to its psychedelic research. While MindMed has worked with various psychedelic drugs, it is also mostly interested in a Phase 2 trial of LSD treatment for anxiety, which began recruiting patients in January. MindMed entered into an approximately $7.3 million deal to finance the collaboration with the university, which has worked on LSD studies for over 10 years.

The depression and anxiety patient populations has these companies chasing success. These new psychedelic companies want to discovery the best treatment for these conditions and thus become the provider of choice for millions.

US Company Releases the Safest Cannabis Search On The Internet, No Tracking, No Data Sharing 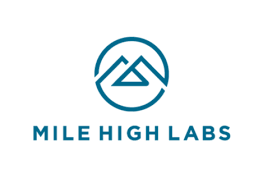 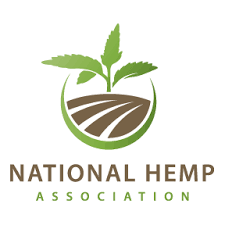