The University of Illinois and 11 community colleges statewide — more than ever — are offering courses to prepare students for jobs in the cannabis industry.

Considering how fast the cannabis industry has grown in Illinois, D.K. Lee can’t help but think of South Korea in the 1970s.

Lee, an agronomy professor at the University of Illinois at Urbana-Champaign, has spent most of his career studying perennial grasses and other specialty feedstocks.

A little over three years ago, Lee and colleagues in the College of Agricultural, Consumer and Environmental Sciences started to discuss how the university could broaden its reach into specialty crops while gauging the interest and needs of Illinois growers.

One crop that kept coming up was cannabis — which includes hemp and marijuana — that has some family history for Lee.

“I remember back in 1970, around the time when the South Korean government started regulating cannabis, my grandma was producing hemp fiber,” used to make clothes, Lee said. “At the time, no one knew about marijuana. They had been growing hemp fiber from generation to generation.”

Lee sees similarities between the era when his grandmother cultivated hemp and current-day Illinois. In South Korea, practices were passed through generations, with no formal learning.

“There’s a lot of demand and interest for cannabis and hemp out there, but we realized there wasn’t necessarily any good information,” Lee said. “We, as a university, need to be the ones to start developing and establishing some research for the younger generation.”

As the popularity of medical and recreational marijuana grows in Illinois, education on the manufacturing, cultivation and management of cannabis is following. This fall, in addition to the University of Illinois, 11 community colleges statewide — more than ever — are offering courses to prepare students for jobs in the cannabis industry. Courses cover such topics as “Cannabis and the law” at Oakton Community College in Des Plaines and “Cannabis flower production” at UIUC. 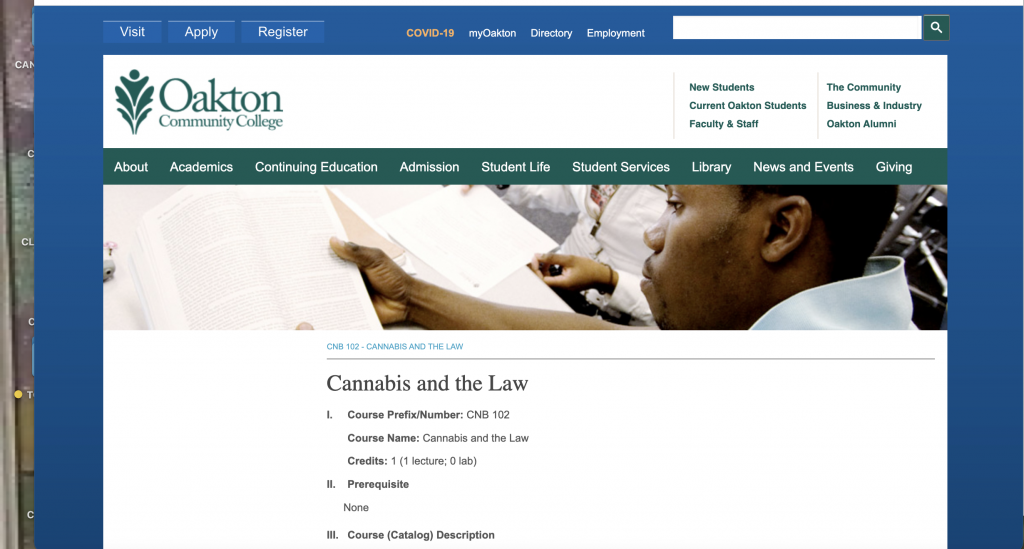 The workforce needs are immediate, as the state issues more licenses for growing and selling marijuana.

“We heard from employers. They’re looking for an educated workforce that can come in and know what they’re doing right away,” said Daniel Kalef, vice president of higher education at the California-based cannabis training platform Green Flower.

“Because it’s not legal at the federal level, everything that is grown and sold in Illinois has to happen in Illinois,” Kalef said. “As the state continues to see incredible growth, you know that means there’s a lot more people that need to be growing, manufacturing and selling.”

In the summer of 2019, Gov. J.B. Pritzker signed legislation to legalize recreational marijuana, making Illinois the 11th state in the country to do so at the time.

The first college course in Illinois on cannabis quickly followed, at Oakton Community College, which developed a program around patient care and medical cannabis. Since 2019, more than 550 students have enrolled in the school’s cannabis education programs.