BELLEVUE, Wash., Feb. 18, 2021 /PRNewswire/ — Panacea Plant Sciences announced that its first patent application for methods to manipulate the yield and growth of cannabis (hemp) plants (US20180279611) has been granted by the USPTO. The award comes at a pivotal moment as the company has recently begun meetings with the Environmental Protection Agency (EPA) to seek new product approvals.

“This award is a great foundation for the portfolio of IP we’ve developed,” Panacea Plant Sciences CEO David Heldreth said. “We hope to achieve EPA approval for hemp by the end of 2021 and offer ways for farmers to create a superior crop.”

The patent revolves around the use of phytohormone mixtures to induce higher and altered levels of cannabinoids and terpenes in the cannabis plant. Cannabinoids, such as THC and CBD, are famous as the active compounds in cannabis, but terpenes play a role in the combined therapeutic and recreational use through what is commonly called the entourage effect. Terpenes are also responsible for the flavor and taste of cannabis and other plants such as lavender (linalool) or pine trees (alpha-pinene).

Panacea Plant Sciences patent licensees will be able to increase the production of rare cannabinoids such as tetrahydrcannabivarin (THCV) which is currently in low supply and is valued at approximately $30,000 a kilo. The patent additionally applies to methods to reduce water use and increase fungi symbioses in the cannabis root system.

About Panacea Plant SciencesPanacea Plant Sciences is a leading biotechnology company at the forefront of developing new methods of agriculture for the cultivation of rare and valuable species of bacteria, fungi, and plants as well as ways to clothe, feed, heal and inspire humanity. 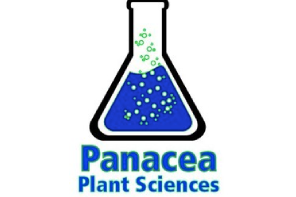