One might wonder if lawmakers in Illinois had any idea just how much recreational cannabis sales would bring into the state’s coffers when, less than two years ago, they decided to legalize it. They probably had some idea, seeing that the state ended the previous fiscal year with more than $317 million in cannabis taxes, according to 23 WIFR.

In May 2019, the General Assembly approved the Illinois Cannabis Regulation and Tax Act, which went into effect in January 2020, making Illinois the eleventh state to legalize recreational marijuana and the first in the nation to do so through a state legislature rather than a ballot initiative.

A bold move, one might say, but a smart one: tax figures for just six months of sales for 2020 surpassed $52.7 million. Not even the global pandemic prevented the ever-booming market from taking off.

This May alone, cannabis sales in the state hit $116 million, which is $1.5 million higher than in April, according to the data from The Illinois Department of Financial and Professional Regulation. 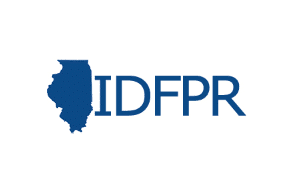