What a week it has been. While we still await a final call on the presidential election, there have been some major developments this week – some good, some not so good – that will affect the future of the cannabis industry. Here is a quick look at four aspects of the election and how they may impact reform at the federal level:
The ballot measures: Nothing but great news here. Cannabis-related ballot measures passed in every state where they appeared on the ballot. Legalization measures passed in deep red states (Montana, South Dakota), a deep blue state (New Jersey), and a deep purple state (Arizona). We even witnessed success in the Deep South, with the passage of an expansive medical cannabis measure in Mississippi. Completing the sweep, South Dakota voters also approved a medical cannabis measure. These are domino wins, meaning that they are likely to have residual positive impacts. The win in New Jersey is likely to inspire surrounding states, led by New York, to push for legalization more quickly. The establishment of a medical cannabis market in Mississippi is likely to spur other southern states to act. And, at the congressional level, the remarkable wins in South Dakota, for example, are likely to have an impact on elected officials like U.S. Senator John Thune (R-SD), the second ranking member of the Senate, who spent much of this year mocking the Democrats’ inclusion of the SAFE Banking Act in their coronavirus relief package. The expansion of legal cannabis at the state level has long made legalization at the federal level inevitable. These wins add to the momentum and push us closer to that day. In the short term, these wins could very well increase the likelihood that the SAFE Banking Act will be included in legislation making its way to the president’s desk during the upcoming lame duck session of Congress.
President: We are not going to get ahead of the Associated Press and declare a winner here, so we should probably save our thoughts for now. But we are certainly watching closely to see whether the Senate lead sponsor of the MORE Act is the next Vice President of the United States. We expect that she would be strong advocate for reform in the White House. A Biden administration would likely also do more to facilitate research on cannabis in the U.S.
U.S. Senate: To this point, it has not been a good week for cannabis policy reform as far as control of the U.S. Senate is concerned. While projections before the election suggested that Democrats might gain control of the chamber, the odds of that occurring at this point appear very slim. It would require Democrat Mark Kelly retaining his lead in Arizona as the final votes are counted in that state; Jon Ossoff holding Sen. David Purdue (R-GA) below 50% as the last votes are counted in Georgia, which would force a runoff; and then the Democratic candidates winning not one, but two runoff elections in Georgia in early January. And all of that will only lead to Democratic control of the Senate *if* the Biden/Harris team wins the race for the White House. So, assuming for now that Republicans will maintain control of the Senate, we will have a leadership team and committee chairs far less favorable to reform than we would have had under a Democratic caucus led by Sen. Chuck Schumer, who has recently been vocal about ending cannabis prohibition at the federal level. We should also note that the most supportive Republican senator on cannabis policy reform, Sen. Cory Gardner (R-CO), lost his seat and will no longer be around to push his caucus in the right direction. All of this said, it does not change the fact that reform at the federal level is inevitable. If the Republicans retain control, we will just work harder to educate members about the benefits of reform and build support on both sides of the aisle, while seeking opportunities to advance reform where possible.
U.S. House: The Democrats came into the election hoping to expand their majority. It appears instead that their majority will narrow. This could have the effect of causing the caucus to be more cautious on certain issues. But it seems as if we have reached a point where reforming the nation’s cannabis laws is a solid part of the Democratic agenda. So we expect that the caucus will continue to fight for reform. We will have a sign of where the Democrats stand in the very near future, as leadership will need to make a decision about whether to hold a promised vote on the MORE Act during the lame duck session. Regardless of whether that vote is held, we expect that the pattern we have seen over the past decade will continue and that there will be even more progress in the next session of Congress than there was in the one that is coming to a close.
We will continue to keep you updated as events unfold. 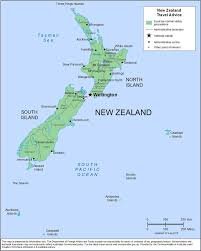