Who dumped who we wonder?

Here’s what they say in their press release…

For a copy of the Company’s reporting package, including the notice of change of auditor and KPMG’s response letter, each prepared in accordance with the applicable requirements of Section 4.11 of National Instrument 51-102 – Continuous Disclosure Obligations, please visit www.sedar.com.

CannTrust remains under CCAA protection to facilitate its efforts to resolve its civil litigation claims and complete its review of strategic alternatives, which includes a review of financing options. Aspects of the ongoing efforts remain confidential, and the Company is unable to predict with any certainty either their timing or outcome. In the meantime, the reinstatement of its cannabis licenses and the restoration of its ongoing operations, CannTrust’s re-entry into the Canadian recreational and medical cannabis business segments and its entry into the Restructuring Support Agreement are essential to the Company’s focus on rebuilding its franchise. For more information about CannTrust’s CCAA proceedings, please visit: www.ey.com/ca/canntrust. 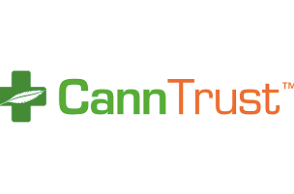