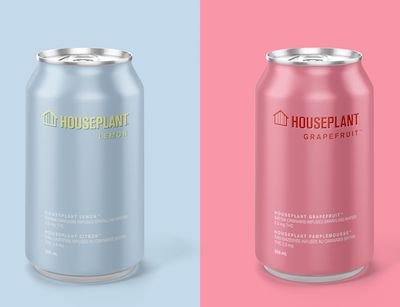 As troubles spread at Canopy Growth this year, the Canadian marijuana pioneer looked for relief in a tall, cool drink of cannabis. On Tuesday, Canopy unveiled the menu of beverages and chocolates that it will start selling in December, in the hope that these Cannabis 2.0 products will end a miserable stretch that has included its founder’s firing, half a billion in negative free cash flow for the quarter ended in June, and a 60% stock drop.

Most of the 13 drinks Canopy showed off at its headquarters outside Ottawa had low-levels of THC—the cannabis ingredient that makes you high. The company is aiming for a mild buzz like that of an alcoholic drink, with a similar time of onset and at a similar price.

The Ottawa Citizen reported that the Canopy’s Tweed-branded beverages were “mild-flavoured and slightly bitter.” They tasted better to the reporter when mixed with tonic, ginger ale or soda water. Flavored sparkling water drinks had a refreshing taste. Two flavors had THC, while the others had CBD—the nonintoxicating ingredient of cannabis that is credited with various wellness properties.

Just one of the planned products had the 10-milligram strength THC that is the highest level allowed under Canadian law. All the drinks served at Tuesday’s tasting had a placebo ingredient instead of THC, so guests had to take Canopy’s word that the buzz takes 15 minutes to hit you. The Citizen said the higher potency Deep Space drink tasted like Jolt Cola.

Canopy also showed off its first three cannabis edibles. They are chocolate bars that contain 10 mg of THC. The company said the onset time for the chocolates would be about an hour, the Citizen reported, with the effects lasting at least six hours.

The low doses of THC in Canopy’s drinks and edibles are designed to mimic the effect of a beer or wine cooler. The company’s recommended dose of 2.5 mg per serving is also aimed at preventing the unintended overconsumption that is so famous a part of edibles lore. U.S. vendors have had no such compunctions. In the states that allow cannabis, beverages are sold with as much as 100 mg of THC.

Since Canada legalized cannabis sales to adults in 2018, producers such as Canopy, Aurora Cannabis (ACB), Aphria (APHA) and Tilray (TLRY) have been allowed to sell only dried flower or oils. The sales growth of this stuff has disappointed nearly everyone. The industry blames the slow opening of retail locations in the most-populated provinces of Ontario and Quebec.

Derivative products such as edibles, beverages and vapes became legal just this month, but a required 60-day review by the country’s health regulator means that they can’t go on sale until mid-December.

Canopy will introduce its planned vape products at the end of November. It has made a bigger bet on beverages than Canada’s other leading pot producers, encouraged by 38%-owner Constellation Brands (STZ)—the U.S. seller of Corona and Modelo beers. The brewer is capitalizing on the popularity of those Mexican beers by grabbing for shelf space with new flavors. These alcohol innovations have made its stock a favorite with beverage analysts including Wells Fargo’s Beth Herzog. But the company’s $4 billion bet on Canopy is in part a bet on innovations like the cannabis drinks. If Canopy’s drinks flop, that will heighten the impatience that caused Constellation to bounce Canopy founder Bruce Linton in July.

In Canada’s cannabis industry, Tilray announced a partnership last year with AB InBev (BUD) to develop THC- and CBD-infused drinks. But their Fluent Beverage venture said recently that it will have no THC offerings ready for sale in December.

The smaller firm Hexo (HEXO) says it will be ready to sell a half dozen drinks, in partnership with Molson Coors (TAP). Hexo has struggled in its own business, however. This week, it laid off 200 workers and closed a cultivation operation near Niagara Falls.

Sales leader Aurora Cannabis will start its derivative offerings in December with edibles and vapes, not beverages.

After the year’s disappointments, analysts remain wary about the ability of drinks to revive Canopy’s spirits. At Jefferies, Owen Bennett took his Canopy rating down to an Underperform this month. In a note Wednesday, he maintained that dour rating.

“We continue to believe Canopy will lead the way in beverages,” Owen wrote. But he is cautious about whether the cannabis beverage market will prove as large as Canopy and Constellation hope. 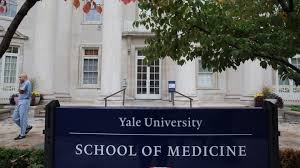 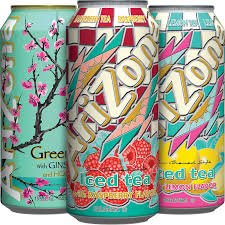