Canopy Growth shares slid 14% Thursday, after the world’s biggest cannabis company reported a more than billion Canadian-dollar loss for its latest quarter and missed revenue estimates, dealing another blow to the troubled sector.

“Quick word: Negative,” is how Stifel analyst Andrew Carter summed it up in a note to clients.

The Smiths Falls, Ontario-based Canopy CGC, -14.38% WEED, -14.47%  made headlines this summer when it fired co-Chief Executive Bruce Linton, amid reports that major investor Constellation Brands was unhappy with the company’s slow progress toward profitability. It has kept on current CEO Mark Zekulin, although he expects to exit once a new chief has been found.

Canopy posted a loss of C$1.28 billion ($959.9 million), or C$3.70 a share,compared with losses of C$91 million, or 40 cents a share, in the year-ago period. The more than $1 billion loss was due to the company extinguishing warrants related to Constellation’s $4 billion investment.

Net revenue rose to C$90.5 million from C$25.9 million in the year-ago period, excluding excise taxes. Analysts surveyed by FactSet were expected a loss of just 38 cents a share on revenue of C$111.9 million.

Stifel’s Carter said he was expecting C$103 million of revenue, and that forecast assumed the company was burdened by executional issues. 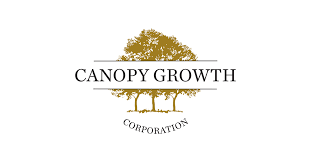