In the midst of an unprecedented and extremely challenging retail landscape, the Company has implemented processes to increase focus on profitability and disciplined growth. Over the course of the financial year, Captor made substantial progress in increasing revenues and foot traffic at its Chai Cannabis dispensaries.

Captor also enhanced its retail model to include an increased focus on delivery services and online orders through its updated e-commerce site. Captor attributes much of the year-over-year revenue growth to these improvements and enhancements, which has also allowed Captor to significantly reduce its general and administrative overhead

With a solid base established in California, a streamlined and efficient organizational structure, and increased expertise in the operation of legal recreational cannabis dispensaries, Captor continues to focus on expanding its retail footprint.

Captor and Three Habitat have commenced integration of procedural and operational works to ensure consistent operation among all nine dispensaries. CRG is currently managing all dispensaries. CRG will proceed with the construction process on the One Plant Antioch dispensary, which is scheduled to be the sixth CRG dispensary in operation, subject to regulatory approval, with an estimated construction completion date of October 2020.

Adam Wilks, COO of Three Habitat, has assumed the role of CEO of Captor Retail Group and will manage the day-to-day operations of all operational CRG dispensaries, as well as oversee the transfer of the dispensary licences to CRG and the construction and licencing of the four One Plant dispensaries that are currently under construction.

The Company has engaged California counsel to work on the regulatory, licencing, and transfer of ownership of the dispensary licenses. The transaction will ultimately make Captor Capital one of the largest cannabis retailers in Northern California, with wide access to the area’s 15 million inhabitants and an integrated delivery and e-commerce network servicing all the area’s CRG dispensaries.

In line with Captor’s retail and operations strategy, the Company intends to move Mellow Extracts into a 10,000 sq. ft. location attached to the Antioch One Plant dispensary upon obtaining the required regulatory approval. Captor will retain 100 per cent ownership of Mellow and its ownership will not be transferred to CRG as part of the joint venture. Upon regulatory approval, and upon completing the move from southern California to Northern California, Mellow will be strategically located within a 90-minute drive to the majority of the current and future CRG dispensary locations.

ADDITIONAL INFORMATIONAdditional information relating to the Company’s annual filing is available on SEDAR at www.sedar.com and in the Company’s Annual Financial Statements and in the Management’s Discussion and Analysis for the Year Ended March 31, 2020.

Captor Capital Corp. is a Canadian vertically integrated cannabis company listed on the Canadian Securities Exchange, the OTC, and the Frankfurt and Stuttgart stock exchanges. Captor provides recreational and marijuana-based products to consumers, as well as other high demand cannabis-based goods for consumption. The Company follows a strategy of acquiring cash flowing established companies and organizations with growth potential that require capital to scale. Captor currently has a number of revenue generating cannabis assets including the CHAI Cannabis Co. dispensaries in Santa Cruz and Monterey, CA. The Company also owns Mellow Extracts, with a launch date to be determined. 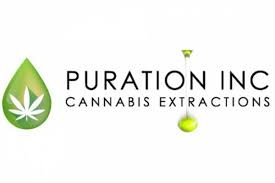 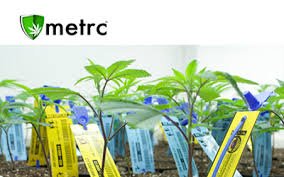 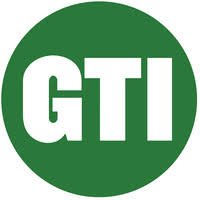