Mona Zhang has a good piece on marijuana and political corruption at Politico. She writes:

In the past decade, 15 states have legalized a regulated marijuana market for adults over 21, and another 17 have legalized medical marijuana. But in their rush to limit the numbers of licensed vendors and give local municipalities control of where to locate dispensaries, they created something else: A market for local corruption.

Zhang describes how the mayor of Fall River, Massachusetts, allegedly tried to extort $600,000 from cannabis companies in exchange for granting them sales licenses. She discusses numerous other cases in a “rash of cannabis‐​related corruption across the nation, from Massachusetts to California to Arkansas and beyond.”

The problem is not marijuana, but rather that politicians are overregulating and micromanaging the market. Zhang notes:

Almost all the states that legalized pot either require the approval of local officials — as in Massachusetts — or impose a statewide limit on the number of licenses, chosen by a politically appointed oversight board, or both. These practices effectively put million‐​dollar decisions in the hands of relatively small‐​time political figures — the mayors and councilors of small towns and cities, along with the friends and supporters of politicians who appoint them to boards … They have also created a culture in which would‐​be cannabis entrepreneurs feel obliged to make large campaign contributions or hire politically connected lobbyists.

It is sickening that people in “public service” are not satisfied with their fat salaries and pensions and seek illegal ways to further line their pockets. But that is what excess regulation often leads to, particularly when governments put artificial limits on valuable items and then dole out access in a discretionary manner. Chicago has been plagued by corruption partly because the government requires businesses to obtain masses of permits, licenses, and other approvals, and then gives individual city council members discretionary power over whether to grant them.

A similar problem exists with the Low‐​Income Housing Tax Credit (LIHTC), as discussed here. The federal government assigns each state a fixed amount of valuable tax credits, which the states dole out to local governments who distribute them to their favored developers. That setup has led to LIHTC corruption scandals in Dallas, Los Angeles, and other cities.

For the marijuana market, Zhang finishes her piece touching on the solution to the corruption problem:

States that have largely avoided corruption controversies either do not have license caps — like Colorado or Oklahoma — or dole out a limited number of licenses through a lottery rather than scoring the applicants by merit — like Arizona. Many entrepreneurs, particularly those who lost out on license applications, believe the government shouldn’t be in the business of picking winners and losers and should just let the free market do its job. 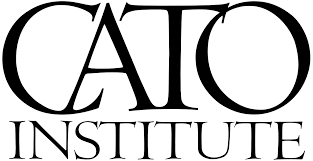