A raid by HM Customs at a medical centre prescribing legal cannabis oil was unlawful and malicious, a lawyer argued on Tuesday. At a judicial review into the 2019 incident, in which legal medicines were seized from Doctors Express, James Austin-Smith presented a list of damning evidence about how the entire operation was planned and executed, including an unlawful warrant and a questionable stop notice issued by the chief medical officer.

Despite the catalogue of errors surrounding what was ultimately accepted as an unlawful bust, it took Doctors Express almost a year to get back their stock of legal medicinal cannabis oil, which had been damaged while it was in the custody of customs. The locally-owned medical emergency centre has received no apology from the authorities involved nor have those authorities admitted wrongdoing, despite the evidence presented by the owners of a string of startling errors committed by the parties, including customs and CMO Dr John Lee.

The raid appears to have been a direct result of a request by the customs department for a stop notice to be issued regarding the dispensing of legal cannabis via vaping. This was after Doctors Express had lawfully imported a product that delivered the medication in this manner and advertised that to patients.

Austin-Smith argued that correspondence and documents between the various parties show that Dr Lee and the Health Practice Commission were complicit in assisting the customs department by issuing a cease and desist notice about the product without any legal grounds. He pointed out that this was underscored when that notice was later rescinded by the CMO without comment.

The medical centre’s lawyer presented evidence to the court that a warrant had been unlawfully obtained from a justice of the peace without any evidence that it was needed or that any crime was taking place, but was based on a complete misrepresentation of the case. He said this move was akin to the now infamous warrant secured against Justice Alex Henderson in the RCIPS corruption case Operation Tempura.

Austin-Smith told the court Tuesday that the findings by Sir Peter Cresswell in that well-documented case, where the judge found “a gross abuse of process”, could have been written for this case as well.

Doctors Express had legally imported the oil in the vaping dispensers with an import licence issued by the CMO, and the medicines were being prescribed lawfully to their patients as a result of the physician’s licence to practice medicine issued by the HPC.

But when they advertised the arrival of these novel medicines via a text circular, it appears that customs believed the doctors were breaking the law.

Correspondence between Dr Lee and either Samuel Banks, the Caymanian owner, or Doctors Express shows the CMO telling Banks he had “ruffled some feathers” with the product. “People feel I should do something about it,” Dr Lee had told Banks, despite the fact that there is nothing in the drugs law relating to how medically prescribed cannabis oils and tinctures are to be dispensed.

Customs had also pressed the Health Practice Commission about the product, and according to other evidence in the case, it was that medical oversight body that had drafted the cease and desist notice for customs regarding vaporized cannabis oil, which Doctor Lee then signed.

Two days later, having ignored an invitation by Doctors Express for customs to come to the surgery and look at the product, customs and police officers conducted the raid. Late in the afternoon of 18 September, around fifteen officers, some of them armed, turned up at the licensed emergency medical centre in George Town, where patients were being treated, and carted off the medicines.

The officers presented a warrant signed by a JP. However, it later became very clear that the warrant had not only been unnecessary but the senior customs officer knew it was unnecessary. There was no evidence to support the suspected crime of the illegal possession of a controlled substance and intent to supply, and the warrant had been obtained through misrepresentation and a complete lack of the necessary information that the JP would have needed to see before she could sign such a warrant.

The court heard that, although the CMO’s office had circulated the stop notice two days before the raid, it was not sent to Doctors Express until the time of the raid.

As he presented his clients’ case against the government authorities, Austin-Smith listed a plethora of errors, apparent deliberate misrepresentation, even duplicitous behaviour on the part of the senior officers and what seemed to be a deliberate intent by customs to seize the lawful cannabis oil from the medical centre.

Doctors Express is seeking a finding by the court that the warrant and raid were unlawful, that the cease and desist notice was also wrong in law and that the government should do something to address the reputational damage that the surgery has suffered as a result of the raid and the implications that licensed physicians in a legitimate medical practice were doing something wrong. The medical centre is also seeking legal costs, the replacement of their damaged cannabis oil and financial compensation.

The Attorney General’s Chambers, which is defending customs, police and the chief medical officer, have denied that the warrant or the raid were wrong, unlawful or malicious, despite making previous admissions to the contrary.

Meanwhile, Amelia Fosuhene is representing the JP, who is currently unwell. She contends that her client was entirely mislead by the customs officers involved into signing the warrant.

The case, which is being heard by Grand Court judge, Justice Macmillan, is expected to continue until Friday. 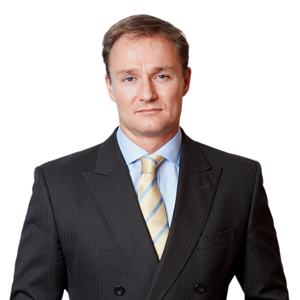