Hemp Industry Daily reports  that House Agriculture Chairman Collin Peterson, a Minnesota Democrat and sponsor of a bill to require federal food and agriculture regulators to treat hemp-derived CBD as a dietary supplement, has lost his re-election bid.

Peterson lost to Republican challenger Michelle Fischbach on Tuesday. He has represented rural western Minnesota since 1991; demographic changes made him among the most vulnerable incumbents in the House.

Peterson’s loss throws into doubt any prospects for passage of CBD legislation during a lame-duck session of Congress. Democrats retained control of the House but haven’t said who would replace Peterson in 2021. 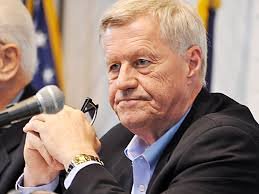