Welcome to our weekly roundup of CBD and hemp-related legal and regulatory news:

U.S. District Judge Robert E. Wier tossed a hemp farm’s $9-million contract dispute suit against an Ore. CBD processor, finding the farm didn’t show Ky. was the appropriate venue for its claims. Third Wave asked for declaratory judgment in Mar. 2020, asking the court to void its contract with Pure Valley after it was hit with a $9-million bill. In Apr. 2020, Pure Valley asked Wier to dismiss the case for lack of subject matter jurisdiction, arguing an “out-of-state defendant, like Pure Valley, cannot be hauled into a Kentucky forum merely because it entered into a contract with an entity which is allegedly headquartered in Kentucky.” Pure Valley noted Third Wave shares Ore. citizenship with Pure Valley and all the negotiations concerning the allegedly breached contract took place outside of Ky. Before Judge Wier could make a decision about Pure Valley’s request, Third Wave filed for Chapter 7 bankruptcy, and Wier stayed the contract dispute case while the bankruptcy proceedings were going on. When the bankruptcy case concluded in Mar., Pure Valley asked the judge to reopen the case. Law 360 (sub. req.)

Amazon’s decision to publicly support the legalization of cannabis made waves in that industry, with many experts believing this could be the start of some significant backing and investment for this market. After the passing of the 2018 Farm Bill, an influx of investors and hemp farmers, along with a huge boom in consumer desire for CBD led to an overabundance of hemp crops being grown. Due to the immaturity of manufacturing and supply chain logistics, the industry couldn’t ship the hemp to its consumers fast enough. This led to a backlog of hemp from 2019 that was carried over to 2020, which was compounded by the effects of the global pandemic. One of the current main areas of concern in the hemp industry is its poor logistics, an area in which Amazon excels, and one could imagine further investment and backing from Amazon in the industry, could help iron out many of the logistical problems this immature sector has recently suffered from. While at the moment things in the hemp industry appear to be struggling, in a post-pandemic world where the hemp industry is diversifying and at the same time improving their manufacturing and logistics, the future of hemp looks bright. FINSMES

According to a policy statement by the Hemp Industries Association (HIA) and its attorneys at Kight Law Office, the 2018 Farm Bill removed hemp from the controlled substances list, it also legalized hemp extracts and derivatives, such as the Delta-8 compound. The Kight Law Group’s analysis revealed the lack of clarity surrounding Delta-8 stems from whether it counts as “synthetic” cannabis, which is illegal under the CSA. The DEA hasn’t issued formal guidance on whether Delta-8-THC derived from hemp is a controlled substance under federal law. The HIA said industry stakeholders should be advocating for safe Delta-8 products and manufacturing methods, rather than sitting by as regulators try to outright ban the substance. Law 360 (sub. req.) 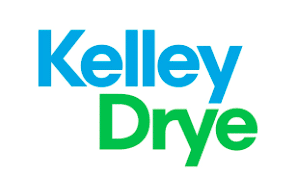