CBD – how can it help with social distancing during the current coronavirus crisis?

CBD has become an important topic of research over the last few years with mounting evidence demonstrating its health benefits. With the coronavirus pandemic at the forefront of people’s minds and scientists racing to find a successful vaccine and treatment, is there any way CBD could help?

Over the last few months, countries across the globe have gone into lockdown, restricting people from leaving their homes for non-essential reasons.

For many people living alone and unable to see their friends and family members, and people worried about what the future might hold, the restrictions have induced anxiety. balloons.online

So how can CBD help?

The National Institute on Drug Abuse (NIDA) says CBD has been shown to reduce stress in animals such as rats, in particular generalised anxiety disorder.

Generalised anxiety order is described as a feeling of unease, such as worry or fear, that can be mild or severe.

They were observed as having lower behaviour signs of anxiety and improvements in physical signs, such as increased heart rate.

CBD has also been shown to benefit people with other forms of anxiety, such as social anxiety disorder and post-traumatic stress disorder (PTSD).

Social anxiety is defined by nervousness in social situations. PTSD is a stress disorder caused by a traumatic condition.

A study carried out in 2011 investigated CBD’s effects on people with social anxiety disorder.

The participants of the study were given an oral dose of 400mg of CBD or a placebo. Those who were given CBD found overall reduced anxiety levels.

A number of studies have demonstrated how CBD can help with PTSD symptoms, such as having nightmares.

So how much CBD should you take to help with anxiety?

Doses of CBD and their effectiveness for different conditions is still being researched, but a paper titled ‘Cannabidiol in Anxiety and Sleep: A Large Case Series’ suggested some effective doses for anxiety.

It reads: “CBD was shown to be helpful for decreasing anxiety through a simulated public speaking test at doses of 300 mg to 600 mg in single-dose studies.

“Other studies suggest lower doses of 10 mg/kg having a more anxiolytic effect than higher doses of 100 mg/kg in rats.

“A crossover study comparing CBD with nitrazepam found that high-dose CBD at 160 mg increased the duration of sleep.

“Another crossover study showed that plasma cortisol levels decreased more significantly when given oral CBD, 300 to 600 mg, but these patients experienced a sedative effect.”

For some people, increasing this dose may be necessary, but avoid exceeding 200mg a day.

CBD is available in a range of different forms, but CBD oil is one of the most popular ways to take it.

When it comes to choosing which CBD oil to buy, it’s important to look out for products made with full or broad-spectrum oil, rather than distillate or isolate. This will ensure you can get the full scope of health benefits.

To take CBD oil, Kanaco recommends a drop of oil under the tongue, holding for two minutes, and then swallowing.

Another way to take CBD is as an edible, such as capsules and gummies. The benefits of taking an edible is less of a weed taste. But the effects of CBD can take longer to have an impact.

During this, CBD is partially broken down by the liver and digestive tract, meaning the CBD can take up to two hours to kick in and you’ll absorb about 20 to 30 percent of it.

CBD can also be consumed through vaping. Vaping CBD allow it to go directly into your bloodstream so you feel the effects music faster than other methods.

A study has shown a person absorbs 34 to 56 percent of the CBD this way.

CBD in this raw form also enhancers the drink’s experience of terpenes.

Terpenes are produced by a variety of plants giving them they’re strong odour. Lavender, rosemary and orange blossom are all brimming with terpenes.

In nature, terpenes may protect the plants that produce them by deterring herbivores and by attracting predators of herbivores.

But they can also have a positive impact on humans, similar to aromatherapy. 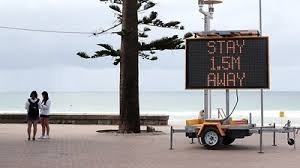