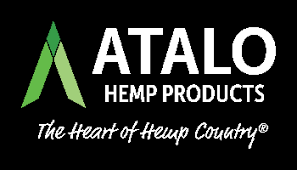 Kentucky.com……..A Clark County industrial hemp processing company filed for bankruptcy this week, the latest in a string of setbacks in the growing industry.

Winchester-based Atalo Holdings, one of Kentucky’s earliest players in the hemp industry, filed for Chapter 7 bankruptcy protection in the Eastern District of Kentucky on Thursday.

The company, which markets “hemp superfoods” and “farm fresh hemp CBD,” according to its website, was stymied by “a failed capital commitment, which left the company unable to pay its creditors,” Atalo CEO Bill Hilliard said in a news release.

Under Chapter 7 bankruptcy protection, the debtor’s assets are sold to pay creditors.

Atalo Chairman Andy Graves said in the release that the company’s inability to pay creditors and provide a return for shareholders “is disappointing to say the least,” but that its experience, genetics and partners “make Atalo an attractive opportunity for a timely new investor.”

Company officials said they hope to continue operations during the bankruptcy proceedings.

Atalo “focuses on developing reliable pathways to market for consistent hemp CBD, superfood and fiber,” according to its website. The company was formed as part of 2014’s hemp research pilot program.

“Over the past six years, we have developed enviable seed science and supported one of the largest rosters of Kentucky farmers seeking a tobacco alternative,” Hilliard said in the release.

Atalo is not the only Kentucky hemp company to succumb to financial problems.

In January, creditors filed an involuntary bankruptcy petition against GenCanna, another Winchester-based hemp processor. The company followed suit last month with its own Chapter 11 filing.