In February 2021, the Church of the Eagle and Condor (“CEC”) and the Chacruna Institute joined forces to initiate the Ayahuasca Religious Freedom Initiative (“Initiative”).

The Initiative anticipated a two-part process: first, seeking open records disclosures from the government to understand how it views and handles ayahuasca; and second, pursuing the legal recognition of the CEC as a legitimate ayahuasca church founded in the United States based on indigenous beliefs.

This article reviews the insights gained to date from the government’s disclosures, or lack thereof, to the Initiative’s public records requests.

Discover the Indigenous Reciprocity Initiative of the Americas

On March 16, 2021, lawyers for CEC and Chacruna simultaneously filed Freedom of Information Act (“FOIA”) requests on U.S. Customs Border Patrol (“CBP”) and U.S. Drug Enforcement Agency (“DEA”). The requests were nearly identical to both agencies, and requested the following information:

Given the alarming and noticeable increase in ayahuasca border seizures in 2020, the main intent of these initial requests was to see how many seizures happened that year and if the government had a specific policy regarding these seizures.

Given the alarming and noticeable increase in ayahuasca border seizures in 2020, the main intent of these initial requests was to see how many seizures happened that year and if the government had a specific policy regarding these seizures.

In late April 2021, CBP released its first set of responses to these requests. The first concerning disclosure was that the government does not track seizures specifically under the category of “ayahuasca,” but rather, simply tracks a broad category of DMT seizures every year without differentiating between ayahuasca, smokable DMT, toad medicine, or other forms of DMT. The total number of DMT shipments intercepted at the border in 2020 by CBP was 966.

When pressed by CEC’s lawyers, CBP was able to sort through these 966 and identify information in the seizure documents that identified the seized materials as brown liquid or brown paste. Using this criteria, 244 cases of seizure of brown liquid or paste were identified in 2020. The actual number of ayahuasca seizures was lower than 244 because 5-MeO-DMT (“toad medicine”) was noted in at least 24 seizures, and 6 seizures were noted as 4-AcO-DMT (a semi-synthetic, similar to psilocybin). Therefore, it appears there were approximately 210 ayahuasca seizures at the border by CBP in 2020. In addition, ayahuasca seizures made up approximately 22% of all DMT seizures at the border in 2020. This is useful information to understand that non-ayahuasca DMT appears to be a much more common seizure at the border.

The next thing the Initiative learned through the FOIA requests is that the government summarily destroys all Schedule I drugs (including ayahuasca) it seizes at the border. While there may be some nominal notice placed in the shipping containers to intended recipients that their shipment was seized, there is no right to appeal the destruction. There is no opportunity to be heard. The government does not ask recipients if they have a religious liberty argument to avoid the destruction. The material is just summarily destroyed. Clearly, this means there is no due process provided to people working with ayahuasca as a religious sacrament.

CBP did disclose a “Seized Asset Management and Enforcement Procedures Handbook,” dated January 2002, that it said explains the CBP policies related to seizing and destroying controlled substances like ayahuasca. Unfortunately, the manual was heavily redacted, so more than half of the manual can’t be read or reviewed. While CBP did cite certain exemptions provided for under FOIA to justify the heavy redaction, there are also other provisions of FOIA that require a more complete disclosure of policies that effect the general public (see, e.g., Milner v. Department of the Navy, 562 U.S. 562 [2011]). Lawyers for the Initiative believe the CBP has not complied with the law in regard to this document and therefore are appealing the agencies decision to overly-redact it. An appeal of these redactions should be submitted by early July 2021.

With respect to governmental correspondence between agencies regarding ayahuasca, CBP responded as follows:

CBP’s Office of Information Technology has been tasked to search for responsive records. Should there be any additional guidance specific to ayahuasca, they will be located during this search. Currently there is an eight to ten month wait for these searches. Once this is complete, FOIA will notify you and complete your request.

To date, no emails, internal memorandums, legal opinions, or other communications between any federal agencies have been released regarding ayahuasca. Lawyers for the Initiative are considering whether or not this refusal to provide this information, and the ten-month extended delay suggested above, amounts to a violation of FOIA. If the government refuses to provide documents required to be disclosed, lawyers for the Initiative could seek judicial review to force the disclosure and recover their attorneys’ fees.

While CBP has at least provided some response to the initial request, DEA has completely stonewalled the Initiative to date.

While CBP has at least provided some response to the initial request, DEA has completely stonewalled the Initiative to date. On April 16, 2021, the DEA responded the first time to the request as follows:

Thank you for your patience during our processing of your request. Unfortunately, our office is still working remotely due to the continuing pandemic. The move to a fully remote posture has created a significant delay in the processing of requests. For that reason, it would be irresponsible for me to offer a specific date by which processing in this case will be complete.

With that being said, please be assured that we are working through the backlog as quickly as possible. May we trouble you to bear with us just a bit longer?

Should you have any additional questions in reference to your request, you may contact myself at the email address referenced in the signature block of this correspondence. You may also contact our Customer Service Hotline Representative at 571-776-2300. Again, thank you for your patience.

After pressing the DEA for an estimated timeframe for response, the administration restated that it cannot give an estimate of time to respond, a flagrant violation of FOIA, which allots government agencies 20 days to respond and an additional 10 days for complex requests. But nothing allows the government to completely refuse or evade response. Therefore, it is clear at this time that the DEA is violating FOIA in response to the Initiative’s request. Initiative lawyers are considering their legal options at this time in light of the DEA’s obstinance.

On page six of that denial letter, the DEA revealed that it had conducted a health and safety assessment of ayahuasca in July 2020, citing “Ayahuasca: Risks to Public Health and Safety (DEA Diversion Control Division, Drug and Chemical Evaluation Section, July 2020).” Citing this study, the DEA argued that ayahuasca is dangerous to human health and can cause the following effects: hallucinations, agitation, tachycardia, confusion, heightened blood pressure, vomiting, seizures, respiratory arrest, and cardiac arrest.

Concurrently with the Initiative FOIA requests, the Soul Quest case is ongoing in federal court in Florida, with Soul Quest seeking judicial recognition of its ayahuasca practices. While the Soul Quest case was pending, Soul Quest agreed to voluntarily engage in the DEA administrative process to seek an exemption from the Controlled Substances Act for its ayahuasca use. On April 16, 2021, the DEA issued a formal denial of Soul Quest’s petition for an exemption from the CSA under the Religious Freedom Restoration Act. On page six of that denial letter, the DEA revealed that it had conducted a health and safety assessment of ayahuasca in July 2020, citing “Ayahuasca: Risks to Public Health and Safety (DEA Diversion Control Division, Drug and Chemical Evaluation Section, July 2020).” Citing this study, the DEA argued that ayahuasca is dangerous to human health and can cause the following effects: hallucinations, agitation, tachycardia, confusion, heightened blood pressure, vomiting, seizures, respiratory arrest, and cardiac arrest. 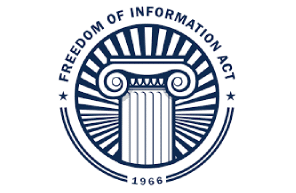