A stranger set of bedfellows you couldn’t imagine.

It’s amazing what cannabis is doing !

But who will it benefit? 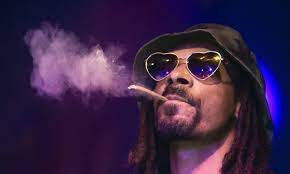 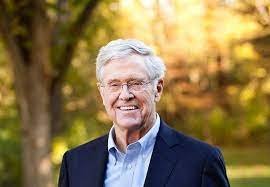 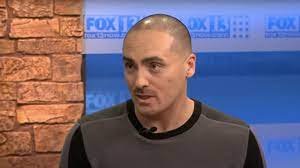 Read about Charles Koch at https://en.wikipedia.org/wiki/Charles_Koch

Read about Weldon Angelos at https://en.wikipedia.org/wiki/Weldon_Angelos_case

So.. the question is why is Koch talking to these two?

What do you get when weed-loving rapper Snoop Dogg, right-wing billionaire Charles Koch and criminal justice reform advocate Weldon Angelos walk into a Zoom room?

The Cannabis Freedom Alliance, a new coalition launching Tuesday that could change the dynamics of the marijuana legalization debate, as first reported by POLITICO.

The organization includes Americans for Prosperity, the political advocacy group founded by the Koch brothers; the Reason Foundation, a libertarian think tank; marijuana trade organization the Global Alliance for Cannabis Commerce; and The Weldon Project, a nonprofit that advocates for the release of individuals incarcerated for marijuana offenses.

The movement for marijuana legalization has long been dominated by left-leaning organizations like the Drug Policy Alliance and the National Organization for the Reform of Marijuana Laws. And despite a handful of congressional Republicans supporting the issue, most legalization proponents in Congress are Democrats.

“We can’t cut with one scissor blade. We need Republicans in order to pass [a legalization bill],” said Angelos, founder of the Weldon Project. Angelos served 13 years of a 55-year sentence for marijuana trafficking charges, and got a full pardon from former President Donald Trump last December.

“We need 10 to 12 Republican senators,” Angelos said. “With Koch’s influence, I think that’s likely a possibility.”

Americans for Prosperity, founded by the Koch brothers in 2004, is one of the most influential organizations in conservative politics. The group rivals and even eclipses the official GOP in terms of its size, scope and spending.

“Americans for Prosperity is excited to work alongside our partners to bring cannabis businesses into the light, replacing black and gray markets with a free and fair legal framework,” Brent W. Gardner, chief government affairs officer for Americans for Prosperity, said in a statement. “Cannabis commerce will become a way for Americans to lift themselves up, rather than a barrier holding them back.”

The organization includes Americans for Prosperity, the political advocacy group founded by the Koch brothers; the Reason Foundation, a libertarian think tank; marijuana trade organization the Global Alliance for Cannabis Commerce; and The Weldon Project, a nonprofit that advocates for the release of individuals incarcerated for marijuana offenses.

Looking at the past record of the Koch family and their immense control of political power & capital globally ( they make Murdoch look like an amateur) we have to say this looks like the start of a right wing annexation of the cannabis sector in the US, that will fall with the speed and severity of a machete into a mango. 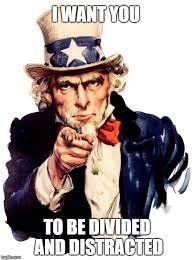 When the Republicans had both houses little if nothing was done to actually get legislation on the books and now that Schumer et al have declared their intentions even if it means a bun fight with Biden …now is the time for the ultra Republican billionaire class to step in and in classic American robber baron style to come forth and take what they believe to be rightfully theirs and take it they will.

Here at CLR we love a good Koch Brothers meme.. take your pick 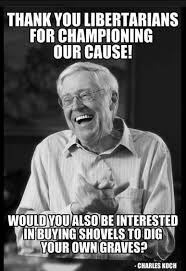 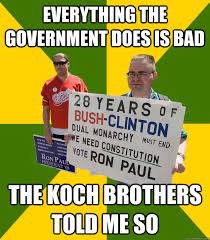 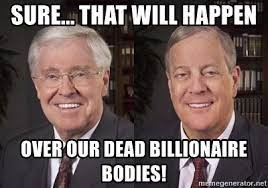 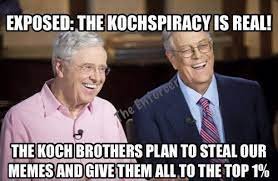 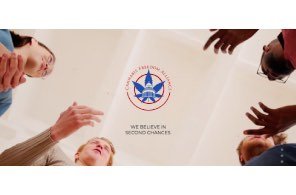