One of the state governments that had invested in Illinois’ soon-to-be-legal recreational marijuana industry has backed out.

Tennessee had put its taxpayers’ money into San Diego-based Innovative Industrial Properties, which owns and leases back a marijuana-growing facility in Barry, Illinois, though Republican Gov. Bill Lee opposed a move in that state to legalize even medical marijuana, an effort that failed.

Now, Tennessee’s state treasury department has sold its stock in Innovative, a publicly traded real estate company that owns and leases marijuana facilities — including the $25 million cultivation center in the downstate Illinois city, which is about 22 miles east of Hannibal, Missouri, and 80 miles west of Springfield.

The agency held 6,645 shares of the company’s stock as of June 30, records show. It unloaded after the Chicago Sun-Times reported in July that three state governments — Tennessee, Texas and Alaska — and more than a dozen public pension funds had put money into the real estate business that’s hoping to profit when Illinois’ new law allowing recreational marijuana goes into effect Jan. 1.

In an interview with a Tennessee newspaper, state Treasurer David Lillard Jr. said: “I didn’t know we had this investment until the Chicago Sun-Times called up, and we began digging around to find it. There are policy implications to this.”

He told the Sun-Times, “When I became aware of the risks associated with IIP’s business model in light of federal law, I requested the investments staff to sell the stock.”

Read the full details at https://chicago.suntimes.com/cannabis/2019/8/30/20837637/recreational-marijuana-illinois-tennessee-ohio-retirement-system-innovative-industrial-properties 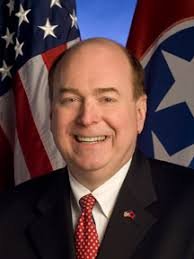