He tries to be inclusive worrying about all our mental health issues as we move into a brave new world created by him and some of his billionaire buddies.

I’d love to think that he’s really interested in our welfare but I fear something more akin to the darkest thoughts of Huxley, Ballard & Burroughs when I read what he writes.

It’s all about them and us in Angermeyer world.

Using the example of a bus driver suggests to us that Christian (although he thinks  he knows what is going to happen) isn’t really connected to the world that most of us live in.

A 40-year-old bus driver today may easily live another 60 years with rising life expectancy. Let’s assume they are made redundant by self-driving buses in (conservatively) 10 years from now. This person then has more than 50 years of health and productivity ahead of them and will need a purpose.

Right now, it is not clear what that purpose will be. Or if there will be a place for them at all. And said bus driver probably – especially in the US – has limited retirement savings and living on social security alone is challenging in any sense.

At least there is a little self awareness when he writes the following.

However, just as today, it was the elite minority of society who were the most vocal and optimistic about where all of this was heading, because they were the ones set to profit from it.

But unfortunately his elite minority in 2021 has a lot less morality than the great and wealthy of the mid 19th century who were still living in the shadow of the French revolution and mostly knew that their life and livelihood was precarious.

We’d argue that the 2021 versions of the 19th century figures he alludes to care about nothing more than wealth acquisition pure and simple.

Also, as yet, I’m not persuaded that Angermeyer is anything but a man who seeks to profit from psychedelics. 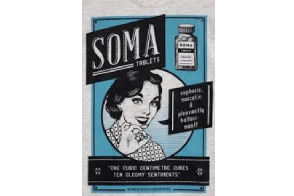