DENVER Marijuana deliveries and cannabis lounges will be allowed in Denver under changes to the city’s cannabis laws that leaders pushed forward this week.

The City Council voted for the changes Monday, and they will now head to Mayor Michael Hancock, KDVR-TV reported. If signed into law, several of the changes would take effect immediately, but delivery services could take a few months.

More than a dozen Denver Public Schools principals wrote a joint letter to the City Council expressing their concerns that increasing availability could lead to a rise in marijuana use in young people. City officials have cited surveys showing use among young people has remained flat since legalization.

“There are strict rules in place in this proposal for deliveries,” said Eric Escudero, spokesperson for the Denver Department of Excise and Licenses.

Escudero said vehicle cameras would be required and drivers must use ID scanners to prevent underage people from requesting deliveries.

The changes also would allow marijuana tour buses to drive around the city while people use pot on board. The driver would be separated from secondhand smoke with a barrier.

“That’s the last thing we want to do is have someone driving around who is high,” Escudero said. The measure is “geared towards trying to make sure more people have an economic opportunity to benefit from this multibillion-dollar industry.” 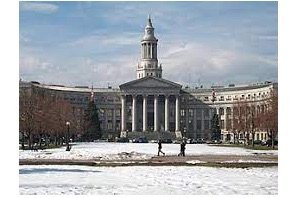