On Sunday, Gov. Jared Polis (D) visited a marijuana dispensary in Denver to sign a measure that would establish a program within the state Office of Economic Development and International Trade that’s intended to support cannabis businesses owned by people who qualify as social equity licensees, primarily people most impacted by the drug war.

It will provide those individuals with loans for “seed capital and ongoing business expenses,” as well as grants “to support innovation and job creation,” according to a bill summary. It also makes technical assistance available to marijuana business owners.

The program will receive an initial infusion of $4 million from the state’s marijuana tax fund—about $1 million short of what the governor had requested in January. The legislation was created in consultation with Black Brown and Red Badged (BBRB), a coalition of minority-owned cannabis businesses.

Meanwhile, the Colorado House approved a bill last week that would increase the amount of marijuana an adult 21 or older can possess from one to two ounces. It also requires courts to approve requests to have prior records for cannabis possession sealed without consulting with a district attorney as long as the proper documentation is provided. 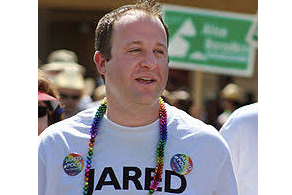