CO: Pitkin County – Yet Another Dispute About “Smell” Of Hemp Crop

These disputes between farmers and residents are popping up planet wide

Nevertheless, Pitkin County passes new rules out of fear of a blossoming problem

Despite spending millions of dollars through its open space program over the past decade to promote farming and ranching, Pitkin County created new rules Wednesday to regulate hemp cultivation.

The county commissioners voted 4-1 to require site-specific, annual review for hemp operations. Hemp is now one of the few agricultural products that the county regulates through its land use code, along with its cannabis cousin marijuana.

The rules establish the zone districts where hemp will be allowed and provides an avenue to neighbors to object to an operation. The Colorado Department of Agricultural will still issue permits for cultivation, but this year the agency will require applicants to indicate they checked in with their local jurisdiction. Pitkin County seized that opportunity to require special review.

Pitkin County’s new rules went into effect upon approval so they will affect growers this year.

The county’s action was spurred by an intense lobbying from some residents of Emma. They objected to the odor created by a field that was cultivated for the first time last year. Cathy Markle, an immediate neighbor of the field, said she wasn’t able to spend time outside because of the odor. She contended there might also be health risks.

“That is my beef — my health and the smell,” Markle told the commissioners during a public hearing.

Raphael Fasi, co-owner and CEO of Sirh Farms, which cultivated the small field in Emma, voluntarily took the high road and pledged he would not plant the field again this year to end the dispute.

“If it’s that big of a deal, I won’t farm there,” he said Wednesday. “The quality of hemp and hemp becoming this useful source for the world is a much more important issue for me.”

Fasi and his partner have been growing hemp for five years. They have a field in Silt that is much larger than the field in Emma. However, Fasi was interested in testing the viability of the crop in the Roaring Fork Valley.

He said in a prior interview he was pleased with the result on the small field he planted on his in-laws’ property. The hemp was harvested for smoking material and for the extraction of CBD-rich oil. He said the crop is a valuable way to keep small farms and ranches in business.

Fasi said at the county commissioners’ meeting that he was never directly approached with neighbors over grievances and wasn’t contacted by county officials prior to the drafting of the hemp rules.

“I am a little disappointed that nobody has contacted me, including Cathy, absolutely nobody,” he said Wednesday. “So instead of going through all this work that everybody’s gone through, we can put that (to an end) real quickly. I will not farm there. I did not mean to create any issues. I want the community of hemp farming to flourish and grow.”

Despite his pledge not to cultivate again, county officials decided to forge ahead with requirements for special review. Commissioner Patti Clapper said other growers could emerge with plans this year. If the proposed grow operations are in an inappropriate area, the county needs the rules in place, she said.

“I’m looking for ways to solve this that doesn’t require government regulation of an agricultural product,” Jacober said early in the discussion.

When Fasi volunteered not to plant again this year, Jacober said that was an example of how neighborhoods can resolve issues without the county amending its land use code.

“Had people approached him earlier, we wouldn’t be doing this,” she said.

Clapper said she understands that people “don’t like government butting into their business,” but hemp fields could present a broader problem in the county.

“My concern is do we want to see this popping up over and over?” she asked.

The Woody Creek Caucus sent a letter to the county to say it is opposed to hemp cultivation even in zones where it is allowed. Prior to last growing season and the controversy, members of the Emma Caucus were surveyed on whether hemp cultivation should be allowed. The tally was 17 in favor and 46 against.

Ironically, hemp has been grown for about five years in another part of Emma on the Parker family’s Happy Day Ranch. David Parker said there have been no complaints about hemp there. The field is more isolated than the one Fasi planted.

While Parker said he was sympathetic to his neighbors’ concerns, he questioned if Pitkin County was going too far with its regulations.

“Your county is paying a ton of money to try to keep that area agricultural and now you’re looking at doing some kind of special review to limit that,” he continued.

Pitkin County has worked with Eagle County to buy and preserve ranches in the Emma area and, in other cases, to purchase conservation easements to keep ranchers on the land. It has spent several millions of dollars on the effort. 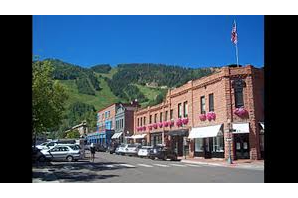