he Colorado Legislature has approved a bill that would double the legal amount of recreational marijuana that adults 21 and older can possess, from 1 to 2 ounces.

On top of doubling the recreational possession limit, HB 1090 qualifies convictions for up to 2 ounces of pot possession for record clearing; it would also wipe out former Class 3 marijuana cultivation felony convictions, as well as charges for growing more than twelve plants but fewer than 25. (Growing more than twelve plants would remain illegal for anyone without a medical marijuana card and extended plant count, however.)

The bill requires the court to seal a conviction record, without opportunity for the district attorney to object, for a marijuana possession offense that is otherwise not sealed, if the person files documents with the court that the person has not been convicted of a criminal offense since the final disposition of all criminal proceedings or release from supervision, whichever is later.

The bill allows a person who was convicted of a class 3 felony marijuana cultivation offense to petition to have his or her conviction record sealed.

(Note: This summary applies to the reengrossed version of this bill as introduced in the second house.) 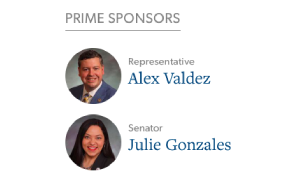