Colorado: Pueblo County Votes On Whether To Ban Marijuana Businesses

A vote next month on whether to ban recreational marijuana businesses in Pueblo County, Colorado, could have huge ramifications for the entire state’s cannabis industry.

If Ballot Question 200 passes, a major marijuana supply source would dry up, dozens of businesses would have to close and scores of workers could lose their jobs.

A yes vote also could dampen industry revenues and push up wholesale adult-use cannabis prices across Colorado, a development that would be felt by the state’s rec shop owners and other businesses including extract producers and edibles makers.

“I think the largest concern is that Pueblo has become a very valuable and necessary supply source,” said Mark Slaugh, executive director of the Cannabis Business Alliance, a Colorado-based trade group. Slaugh estimates that Pueblo County supplies an estimated 30% of the state’s wholesale recreational marijuana.

Read the full article at https://mjbizdaily.com/pueblo-vote-ban-rec-marijuana-ripple-effect-co/ 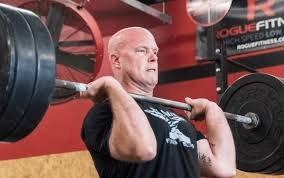 Denver May Be Looking To Change Its Position On Marijuana Clubs