Cornish Surfer Arrested In Bali For Importing Cannabis Oil For Personal Use, Could Face 15 Years In Jail 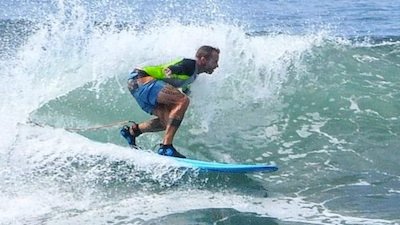 Mr Holmes says he was aware of the penalties and his actions were “foolish and dumb”.

He says although the police reported that he was found with 31g of medicinal THC oil, that weight included the bottles (28g). Anything smaller than 5g, he says, would make him eligible for a sentence of around 12 months in a rehabilitation facility instead.

He was detained on 3 December after going to pick up the package, sent from Thailand, which contained essential oil bottles with cannabis oil inside.

After spending six days in a police cell, Mr Holmes was transferred to a police hospital rehabilitation facility as his lawyers argued he was a drug user – after he failed a drugs test – rather than a trafficker.

However, he is still facing a drug trafficking charge and was paraded in front of the cameras last week for what he calls a “very surreal and bizarre” news conference.

He sat alongside four other men accused of drug smuggling, which can carry the death penalty in Indonesia.

Despite reports that Mr Holmes could be facing that punishment, he says the small quantity of drugs found on him means that is not the case.

Speaking from the rehabilitation centre, where he is locked in a room and guarded by two men but has access to a phone, he told the BBC the press conference was “really harrowing”.

He said he doesn’t feel like he is a criminal drug trafficker, but the Indonesian press are painting a picture of him along those lines.

“I just wanted to stand up and say I’m really not in this category, but the law is very different here and it’s very harsh.

The father of two, whose 11-year-old son and eight-year-old daughter live in the UK with his ex-wife, has had arthritis for eight years and says it was caused by years of practising Thai boxing.

He says: “Marijuana makes a considerable difference to the pain – it’s not a leisure activity for me.”

“I knew what I was getting into,” he says. “I knew there were very strict laws but I chose to come here anyway because the surf is the best in the world.”

Indonesian law does not recognise medical marijuana use.

He says he is facing a sentence of between five to 15 years at Kerobokan prison in Bali – a place Mr Holmes calls “horrendous” and “terrifying”. The BBC has been unable to confirm with the Indonesian authorities what sentence he might face.

However at his next court date, expected to be in January, Mr Holmes is hoping to be classed as a marijuana addict and be eligible for a rehabilitation sentence.

A) So I’m in rehab center/prison in Bali…. I was arrested with a small amount of THC oil about two weeks ago. Stupid of me, I thought I was past making dumb errors in judgement, but it seems not.  I use thc and cbd to treat my arthritis pain…

B) A Foreign Office statement said: “Our staff are assisting a British man following his arrest in Bali 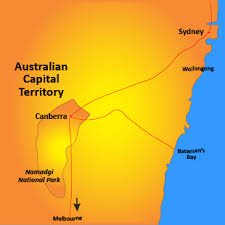 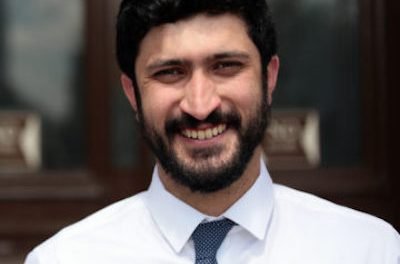