Deputies from different political parties on Tuesday called on the President of Costa Rica, Carlos Alvarado, to use his powers to summon for debate in Parliament a bill that would legalize medical cannabis.

The Legislative Assembly is in extraordinary sessions until July, a period in which only the Executive Power can set the agenda for debate on projects.

“We are making an urgent joint call by the country for the Executive to convene the hemp and cannabis project. We cannot miss opportunities based on myths and fears,” declared the deputy Paola Vega, a proponent of the initiative, at a press conference.

Vega made the request together with 13 deputies, including the author of the bill, the independent Zoila Rosa Volio, who stressed that the law would allow the production and sale of cannabis oil for medicinal purposes with guarantees of health for the user.

“Every day that passes, there are thousands of patients who have to look for cannabinoid oils in the street, without any quality control, to treat cases of epilepsy, immunological problems, multiple sclerosis and cancer,” Volio said.

The initiative seeks that the marijuana extract be distributed only with medical and pharmaceutical control for people with immune problems or diseases such as Parkinson’s.

It also proposes to legalize the cultivation of hemp, which is made from the fibers of the cannabis plant and has numerous industrial uses.

Volio said that Costa Rica is missing the opportunity to enter the international market in which countries such as Canada, Colombia, the United States, Mexico and Uruguay participate.

The state export promotion body estimated that there is a market of $5.733 billion annually for medicinal cannabis. 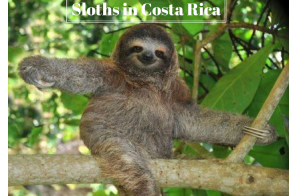