In a decision that could upend the state’s application scoring system, the Western District Court of Appeals sided with a California-based company that said it needs the information to challenge regulators over the denial of a license.

The court said denying the information would be “unreasonable and absurd” for companies seeking to determine if the scoring system used by the Missouri Department of Health and Senior Services was flawed.

“Without all of the information that formed the basis of the Department’s decision, no meaningful review of that decision can occur,” the court said.

The decision is the latest in a string of court cases that have been filed in connection with the rollout of legalized medical marijuana in Missouri.
The court wrote
“because applications are not judged solely on their own merits but are ranked competitively against other applications, the only way to determine whether the Department denied Kings Garden’s applications in an arbitrary or capricious manner is to compare its applications against information from those of successful applicants.”
Read more at  https://www.stltoday.com/news/local/govt-and-politics/court-deals-blow-to-state-over-secrecy-in-missouri-s-medical-marijuana-program/article_0cf0de57-07f6-5545-a88b-9e3096d6e9eb.html
Share On Linkedin
Share Via Email 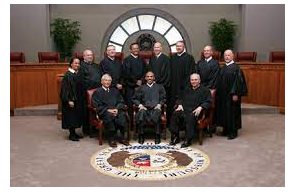