A Brazilian medical CBD patient has received a reward of R$10,000 (~$2,000) for distress suffered when the government refused to import a specific CBD product upon request.

The unnamed patient received the favorable judgment on appeal after a lower court had refused his request to import CBD from NuLeaf, a U.S. based producer of hemp-derived cannabinoid products.

While an original civil filing won a judgment that health insurance cooperative Unimed indemnify the patient after refusing to import the CBD product, a second court dismissed the request before it was reinstated in a final ruling.

The patient claims he has generalized anxiety and needs the NuLeaf product, which was recommended to him by a medical doctor. He claimed psychological distress and cited risks to his health in seeking redress in the case.

In its original dismissal of the request, the lower court said even though CBD-based medicines are importable with special authorization from the Brazilian Health Regulatory Agency (ANVISA), NuLeaf is not specifically authorized by the agency.

But the magistrate in the final appeals case said a government resolution on the import and use of CBD-based medicines de facto means products that meet certain criteria are eligible for import into Brazil. 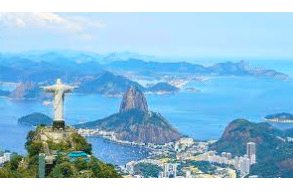