In the latest of a series of cases challenging the Internal Revenue Service’s authority to obtain financial records from Colorado cannabis companies, the U.S. Court of Appeals for the 10th Circuit has once again ruled in favor of the government.

“These arguments are familiar to us. Over the last several years, multiple Colorado marijuana dispensaries have challenged the IRS’s ability to investigate and impose tax consequences upon them,” wrote U.S. District Judge Mary Beck Briscoe in an opinion issued on Tuesday. “The dispensaries have lost every time.”

She added: “The same result is warranted here.”

Among the plaintiff businesses was The Green Solution, a Denver-based cannabis company whose finances the IRS began auditing for tax years 2013 and 2014. The company and its pass-through entities did not substantiate their tax information to the government’s satisfaction, so the IRS requested product tracking details directly from Colorado’s Marijuana Enforcement Division and the Marijuana Enforcement Tracking Reporting and Compliance system.

Owner Eric Speidell fought the government’s subpoenas, but a federal judge determined the IRS had both authority and a legitimate purpose to obtain the information for determining whether an audited entity is trafficking in controlled substances.

The other plaintiffs, Medicinal Oasis, LLC, Medicinal Wellness Center and their owners, similarly were under audit for tax years 2014 through 2016 to verify they did not improperly claim expenses, among other things. The parties requested immunity from prosecution before providing the additional details the IRS required, but the agency refused.

“Instead, the audit is performed under a full reservation of rights to share drug crime information with the Department of Justice, and to prosecute based upon the investigation,” the plaintiffs wrote in their federal complaint.

A judge again determined the IRS could subpoena product information from the METRC system.

Sean T. McAllister, a regulatory and corporate attorney with McAllister Garfield, viewed the goal of the lawsuit as insulating cannabis companies from the provision of federal tax law that prevents deductions of businesses expenses, owing to marijuana’s status as a drug outlawed at the federal level.

“We ultimately need a change in the law. That’s really the problem. The industry’s not going to find relief from the court system,” McAllister said. “We need relief from Congress.”

The plaintiffs’ argument centered around the IRS using its authority for an alleged illegitimate purpose, in which the agency might share information with federal law enforcement. “The IRS claims that [the cannabis companies] are unlawful drug traffickers,” the plaintiffs wrote. “Under these facts, it is bad faith to investigate criminal drug trafficking under the auspices of a civil audit.”

“There is nothing to uncover. Petitioners sell marijuana to the public,” the government countered in its brief. “Medicinal Wellness Center promotes itself as ‘a full service marijuana superstore’ [and] Medicinal Oasis claims to have the ‘largest selection of cannabis in the world!’ If the Federal Government someday elected to pursue prosecution of petitioners under the Controlled Substances Act, a visit to their websites, stores, or superstores (as the case may be) would almost certainly provide an ample basis to begin an investigation.”

On appeal, the three-judge panel pointed to a list of cases in recent years that affirmed the right of the IRS to investigate tax compliance. Most recently, in an April ruling against the Standing Akimbo medical marijuana dispensary in northwest Denver, a separate panel found the IRS had broad latitude to determine individuals’ tax liability. Moreover, the companies do not have a proprietary interest in the product information they report to the state.

“Because the Taxpayers have no Fourth Amendment right at stake, the IRS need not obtain a warrant supported by probable cause to get the records,” wrote Judge Gregory A. Phillips in the Standing Akimbo case.

Similarly, the judges in the consolidated Green Solution-Medical Wellness case rejected the claim that the IRS was acting in bad faith, and observed the plaintiffs had pointed to no evidence suggesting the agency would use its findings to refer for a criminal prosecution.

The panel ruled in favor of allowing the IRS to enforce its summonses.

Jennifer Benda, a tax and cannabis attorney with Denver-based Hall Estill, explained that taxpayers shoulder the burden of proof for providing correct information on their returns. However, the government “cannot mislead a taxpayer to obtain information that could be used in a criminal proceeding,” she said. “The IRS has gone out of their way in all of these cases to avoid being accused of doing so.”

The archived tax resource manual from the U.S. Department of Justice specifically warned against attorneys and agents misleading targets of investigations about criminal prosecution, noting that a federal court in 1977 overturned a conviction because the defendant received “sneaky” and “shocking” assurances from the IRS that there was no “special agent” involved in the civil audit.

“While I think the appellants take issue with the fact that the government was not willing to give them immunity from criminal prosecution, I think they would have a defense if a criminal prosecution hinged on information and evidence obtained in a civil tax proceeding where the IRS affirmatively misled the taxpayer,” Benda said.

McAllister added that he viewed the series of cases, all brought by the now-dissolved Thorburn Walker law firm, as potentially detrimental to the cannabis industry. By creating such a thorough record of decisions, he said, the courts have “taken all the ambiguity out of our arguments.” 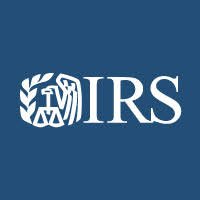