Crains Article: How Chicago became the Silicon Valley of pot

For the first time in a generation, Chicago is the early leader in a fast-growing new industry that’s generating jobs and wealth.

The city is home to three of the five biggest public companies in the United States that grow and sell marijuana: Green Thumb Industries, Cresco Labs and Verano Holdings.

“Chicago in a sense is Silicon Valley” for the pot business, says Kayvan Khalatbari, a cannabis consultant from Denver who advised Cresco on its original license application.

In the six years since Illinois issued its first licenses to grow and sell marijuana for medical use, GTI, Cresco, Verano and privately held PharmaCann have emerged as industry giants, winning or acquiring licenses across the country as legalization took off. Fueled in part by the launch of recreational marijuana sales in Illinois last year, the Chicago-based companies have seen their fortunes soar. GTI’s revenue rose 151 percent last year, and its stock has increased 650 percent in the past 12 months. 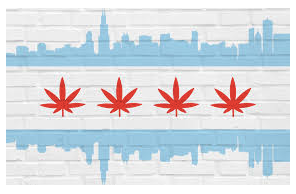