MJ BIZ report……Credit Suisse Group reportedly has told customers in recent months that it has decided to stop executing stock transactions of cannabis companies with U.S. operations or hold those securities.

It was unclear Wednesday the extent of the impact of the decision.

But Reuters, which reported the move, cited sources who believe the move has contributed to a selloff of marijuana stocks in recent weeks.

The Switzerland-based financial institution was one of a handful of banks to buy and sell marijuana-related stocks for clients in the U.S. and act as a custodian of those stocks, according to Reuters.

A custodian holds the stocks for customers for safekeeping either in electronic or physical form.

Credit Suisse declined comment to Reuters, which pointed out that marijuana remains illegal federally in the U.S. 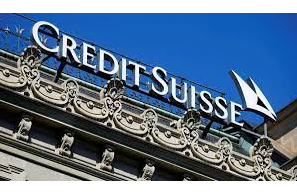