In a move that comports with New Jersey’s recent legalization and decriminalization of marijuana, the state’s Attorney General directed law enforcement agencies to stop arrests for minor marijuana offenses and for prosecutors to immediately dismiss all such pending criminal charges. The policy change comes at a time when New Jersey is preparing a framework for the regulation of the legal cannabis industry.

In November of last year, New Jersey residents voted to legalize recreational marijuana. Since then, New Jersey’s Governor Phil Murphy has signed a number of bills into law to make the change official. Notably, one of the new laws decriminalized the possession and use of small amounts of marijuana, and another eliminated fines and arrests for those under the age of 21 who are caught with weed. Both laws signal a change with respect to how law enforcement can treat individuals found to possess the drug.

Smell Of Marijuana No Longer Probable Cause

The laws have also altered what law enforcement can use to establish probable cause, or as reason to suspect that someone may be committing a crime. In the past, when marijuana was illegal, it was lawful for police to stop, question, and possibly search a person just based on the smell of weed. Because it is now legal to consume the drug recreationally, most attorneys argue that police can no longer pull over a driver or stop a person on the street just because the officer smells marijuana. Under the new law, when an officer smells marijuana coming from a vehicle or a person, they must assume that the pot is being used in a legal way unless there is evidence that would suggest otherwise.

Prior Convictions To Be Vacated

The New Jersey Attorney General Gurbir Grewal has also directed state prosecutors to dismiss charges in all current marijuana cases. Specifically, all criminal cases for possession of marijuana or paraphernalia or sale of less than one ounce, or for being under the influence of marijuana, are to be dropped. Cases that have already been resolved are also to be vacated. This means that prior convictions for the listed offenses are to be wiped out. The Attorney General’s directive took effect on February 22, 2021.

While some law enforcement officials in the state of New Jersey applaud the directive, others have cried that “the sky is falling” and that it will hamper their efforts to effectively do their jobs. They point to the many instances in which dangerous criminals were taken off of the streets after coming into contact with law enforcement for marijuana offenses. Opponents also cite the circular logic that a lack of research and evidence surrounding the long-term effects of marijuana usage on teens and young adults.They also claim that new lenience for underage possession could lead to an uptick in underage consumption.

On the other hand, the new approach addresses the disproportionate number of African Americans that have been arrested and convicted for marijuana possession and sale. Supporters rightfully argue that these changes were necessary to right past wrongs and to ensure that vulnerable communities are not unfairly targeted by law enforcement. Also, the dismissal of prior marijuana convictions not only can free those with such convictions of the stigma of having a criminal record, but it also may open up job opportunities that may not previously have been available to them. The truth is, the most dangerous thing about marijuana and marijuana consumption, is that it remains illegal. 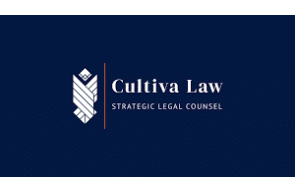